About relations with investors, the future of Kashagan, the dispute with KPO, and nationalization 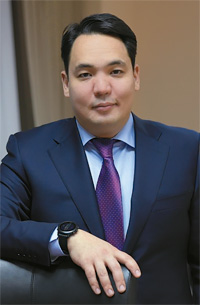 Beket Izbastin, General Director of PSA LLP, the authorized body in production sharing agreements, answers questions from Petroleum
– Mr. Izbastin, we can already say with confidence that this year's events have radically changed the situation in the oil and gas industry. Falling demand for oil due to reduced economic activity in the pandemic context, the collapse in oil prices has put the economy of many production and exploration projects at risk. In these changed conditions, does PSA LLP, as an authorized body, adjust the principles on which your relations with investors are based? If so, what is this adjustment?
– Indeed, the industry's current situation, including the problem with the virus pandemic, has forced large companies to adjust their investment programs and development plans. All oil and gas companies worldwide have started to optimize their investment programs and reduce their staffing levels significantly. We also have operators of large projects that optimize costs.
We, in turn, as an authorized body, also insist on optimizing costs by investors, but other costs that are not related to production needs and human resources. You know what the oil and gas industry gives to the economy of Kazakhstan. The main part of the budget is formed from the revenues of the oil and gas industry.
– In a recent interview with Petroleum Journal, Olivier Lazare, Chairman of Shell in Kazakhstan, said that competition for foreign investment is increasing among oil-producing countries in the context of low oil prices. And in these conditions, "we need to move away from the confrontation of the last decades and focus on creating value. We really need to work together to reduce red tape when implementing projects, as well as reduce risks and obstacles to attracting investment." In your opinion, how can the Government and the authorized body respond to these challenges of the time?
– First of all, we should not call "confrontation" our joint work with foreign investors. As you know, the agreements concluded with foreign investors are stable and follow such a reasonably simple and clear mechanism as the balance of interests between the investor and the country. In this sense, all possible disputes and different interpretations and definitions of the provisions of concluded agreements have always been resolved in a friendly way and secured by agreements between the parties.
But you understand that some disputes arose in violation of the Republic of Kazakhstan's legislation and the obligations assumed by foreign investors, which contradicts the agreements concluded. At the same time, there is always an understanding on our part.
An example of this is the regular meeting of the Council of Foreign Investors with representatives of oil and gas companies-members of the CFI, held on November 18 under the chairmanship of the President of the Republic of Kazakhstan Kassym-Jomart Tokayev. The Heads of these companies voiced several questions to the Head of State. They covered a wide range of issues, including further improving legislation in the industry and increasing investment. On behalf of the President, the Government, together with oil and gas companies, created a working group to study all the announced proposals. All the difficulties that have arisen this year make us all reconsider issues and rebuild processes. Therefore, the President chose the most effective tool for interaction, which is a joint working group. 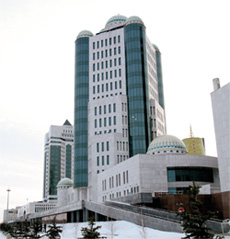 – Suppose you continue the idea of confrontation; for several years, Kazakhstan's Government has been arguing with the international Consortium Karachaganak Petroleum Operating about the formula for sharing production and profit. There were figures about financial claims to the investor of more than 1 billion US dollars. Government representatives said that a corresponding claim was filed in international arbitration. What is the current stage of this dispute? Don't you think that these disagreements, in turn, hinder the final investment decision on the Karachaganak Expansion Project?
– Yes, you raised an interesting topic for the media. First, I will answer the question regarding the current stage of this dispute. I will say this, the country and investors have reached an agreement in principle to resolve the dispute. The parties are currently discussing technical issues. And we hope that the dispute will finally end soon. After the final agreement, I think the negotiating team will provide the media with all the necessary information. The main thing is that the main positions of the parties are agreed.
As for the Karachaganak Expansion Project, the main criterion for making an investment decision is, according to good practice, the project’s technical and economic indicators; in other words, the project should generate and bring income for the parties. But you understand that the record decline in world prices for hydrocarbons has made adjustments to the implementation of many investment projects worldwide. But overall, given the expected recovery in hydrocarbon prices, the Karachaganak Expansion Project remains attractive to both sides.
– In conditions when most of the fields in Kazakhstan have passed the production peak, Kashagan can provide country-wide production growth. What is happening offshore now? When will the concept for further development of the field be approved?
– Kashagan, despite all the difficulties in the industry this year, continues to operate as usual. A stable production level is reached – about 400 thousand barrels of oil per day, which is 16 million tons per year. It will take a long time to talk in detail about the ongoing work at the field. Therefore, I will briefly describe the situation for you.
Due to the implementation of two short-term projects, production should soon grow to 500 thousand barrels per day. This includes the modernization of gas re-injection compressors at the offshore complex of the field by 2022 and constructing a gas processing plant for processing raw gas from the Kashagan field in the amount of about 1 billion cubic meters per year by 2024. Beyond that, additional production wells will be drilled, as part of the first stage of Phase 2A, on the artificial islands of the Kashagan field, and the Bolashak plant will be upgraded. These works should be completed in 2027.
Also, work is underway to increase oil production by 200,000 barrels per day under Phase 2B by supplying 6 billion cubic meters of crude gas for utilization. In total, the field is expected to reach the level of oil production up to 700 thousand barrels per day under Phase 2B by 2030.
The scope of work in Phase 2B is really enormous. It is planned to build new artificial islands, drill new production wells, build a new onshore oil and gas treatment plant near the Bolashak plant with a capacity of about 200,000 barrels per day, and supply approximately 6 billion cubic meters of crude gas per year to the so-called third party. Currently, work is underway to select the concept of third-party assessment.
In general, the work there is going according to plan. We don't see any problems that might hinder them yet. So I want to spit three times and knock on wood.
– In the summer of 2019, the Government of Kazakhstan agreed with the Dunga project shareholders to implement Phase III of the project in exchange for extending the contract until 2039. Will the changed economic situation make adjustments to the implementation of Phase III of the project?
– As of today, the overall implementation of the Dunga Phase 3 project is being carried out within the agreed time frame, and no negative impact is expected on the progress of the project. Total, the Dunga field operator, continuously monitors the progress of the Dunga Phase 3 project. Therefore, we do not see any risks in this project yet. 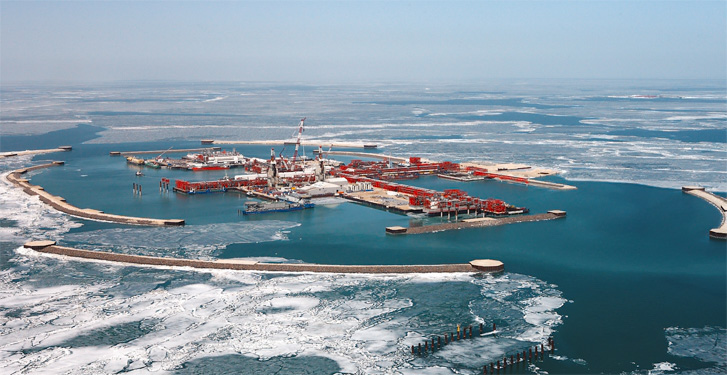 – During the quarantine caused by the pandemic, many companies faced problems during shift rotation among foreign citizens who were supposed to fly to work from abroad. Do you think this experience will spur the nationalization of personnel on significant projects?
– As you know, the operation of oil and gas fields belongs to the category of continuous production. During the quarantine caused by the pandemic, the operators of the Karachaganak, Kashagan, and Dunga fields, which are our major PSAs, were operating normally. Comprehensive measures were taken to prevent the disease’s spread, including temporary isolation of visiting foreign workers.
The operators conducted an analysis and additional justification for the presence of foreign employees. As a result, some of the employees were moved to remote operation. Foreign workers, whose presence is critical to the safe conduct of the work, were allowed to their jobs. In all cases, the possibility of permanent or temporary replacement of foreign employees by local personnel was considered, and in some cases, such replacement was carried out.
During the pandemic and up to now, experience has shown that local staff performs well in their duties and that all quarantine measures were carried out on time. But here I will note an important feature – most of the foreign specialists' replacement is due to the work on nationalization of personnel. We started this work much earlier, but the situation with the pandemic has slightly accelerated this process.
– On January 1, 2021, the transition period that Kazakhstan managed to dispute when joining the WTO ends, during which it had the right to demand that subsoil users fulfill their obligations for local content in procurements. Do you think that local suppliers were able to prepare for competition on an equal footing during this five-year transition period? What awaits them in the new year?
– PSA projects for the extraction of hydrocarbons met the WTO requirements from the very beginning: goods and services purchased by project operators must meet all technical requirements and have a competitive price. The Government does not require achieving a certain level of local content or granting preferences to local suppliers. However, large operators provide training to local staff and suppliers, assist in implementing international standards, technology transfer, and so forth as part of their work on corporate social responsibility and supply chain development.
Local suppliers have gained good experience with PSA projects in providing services and performing work. Operators procure many types of work and services from local suppliers for a long time. However, there is still a significant gap between local producers and their foreign counterparts in products, especially high-tech ones. But operators continue to work systematically to develop the production of certain types of oil and gas equipment in the Republic of Kazakhstan. 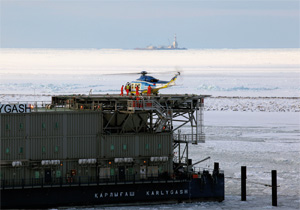 Moreover, as you know, the Ministry of Energy recently announced the creation of a Direct Investment Fund for local content development. As part of its reinvestment obligations to the country, Chevron plans to allocate funds in the amount of us $248.5 million for the development of local content. Investments will be made in three areas of technology and IT: production of essential goods and assembly of specific equipment types for the oil and gas sector and environmental protection. An international center for the development of oil and gas engineering and service will also be created. The center will localize the production of goods and services for the oil and gas industry, including for the needs of three major operators: NCOC, KPO, and TCO. For this purpose, new production facilities and service centers will be opened, and the capabilities of existing domestic producers and service companies will be expanded. This is the result of many years of joint work between us, as an authorized body, and the Ministry of Energy, and operators.
– As you know, the authorized body signed road maps for localization of production with some manufacturers of OEM products a year ago. How is the progress of their execution monitored? Can we already talk about any concrete steps and results?
– Roadmaps with manufacturers of OEM products on the localization of production were signed by operators of large PSAs (Karachaganak and Kashagan). Manufacturers were selected for their high localization potential. Work is underway in this field. A plan has been developed, and measures have been organized to localize original equipment production gradually. As a rule, production at the initial stages will be limited to semi-knocked down assembly. But we hope that this process will accelerate.
Oleg Chervinskiy conducted the interview