Mercy Comes from the Heart. Oil Workers of PetroKazakhstan Invest in the Future 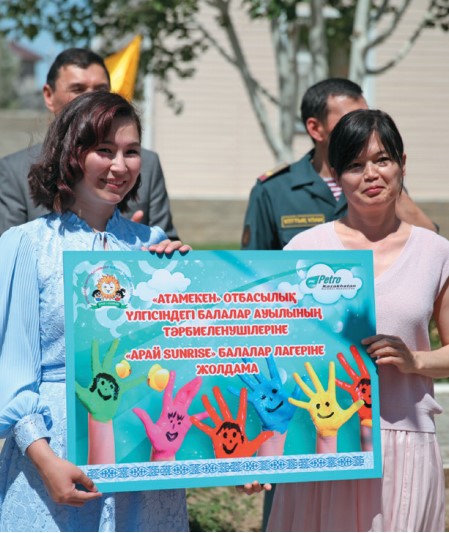 A socially responsible business is a business that assumes additional voluntary obligations to society. In other words, it does not just produce high-quality products or fulfill the terms of a contract with an authorized body, pay taxes and salaries to employees on time, but also voluntarily invests in the region where it operates, its infrastructure, and the people, who live there. Ultimately, it invests in the future of the country.

Today, the business community is actively investing in social projects, resulting in a year-to-year increase in the number of public benefit-oriented organizations independent of government grants and subsidies. PetroKazakhstan Group of companies has long been firmly established in the list of companies that consistently and purposefully implement projects to improve the social infrastructure of the regions where they operate, in particular, Kyzylorda and Turkestan regions and the cities of Shymkent and Almaty.

In Kyzylorda region, the operated upstream division of PetroKazakhstan Kumkol Resources JSC has made a contribution to the welfare of the region through social support for children one of its main priorities. Over the years, the company has been purposefully implementing both long-term and one-time projects in this area.

One such long-term project is Baldauren kindergarten in Zhanakorgan district of Kyzylorda region, which has been fully financed by the company since 2001. The kindergarten opened in 1973, and it would hardly have been able to continue its work without the support of PetroKazakhstan, especially in difficult times during the turn of the century. Today about 50 children aged 3 to 6 are being brought up in Baldauren. Over the years of oil workers' patronage, Baldauren has taught and given a start to school life to more than 600 children. Over the past 10 years, the financial support of the company amounted to more than 205 million tenge.

And, importantly, most of the children in Baldauren are children from large and low-income families, as well as orphans. Pre-school education is an essential problem for low-income families, considering that the birth rate in families in Zhanakorgan district is constantly growing. That is why the help of oil workers is especially relevant here.

Rehabilitation center for disabled children Shapagat in Aiteke bi settlement, Kazaly district, Kyzylorda region is another important social project of the company. Since 1998, the company has been supporting and since 2001 fully funding the Shapagat Center. From 2011 to 2021 alone, the amount of financial support totaled more than 206 million tenge.

The center provides qualified assistance to children with disabilities, visual, speech and hearing impairments, motor system and central nervous system disorders from the age of 3 to 16. Having got to the highly qualified specialists at an early age, the Center's beneficiaries quickly make positive progress in acquiring various skills and abilities, learning how to take care of themselves in everyday life. More than 500 children received medical and psychological aid at the center, while 50 children, through the efforts of the team, received the opportunity to get prepared and, together with their peers, continue their education in regular public schools. Many of them have enrolled in vocational schools and colleges, created families, and now live full-fledged lives. 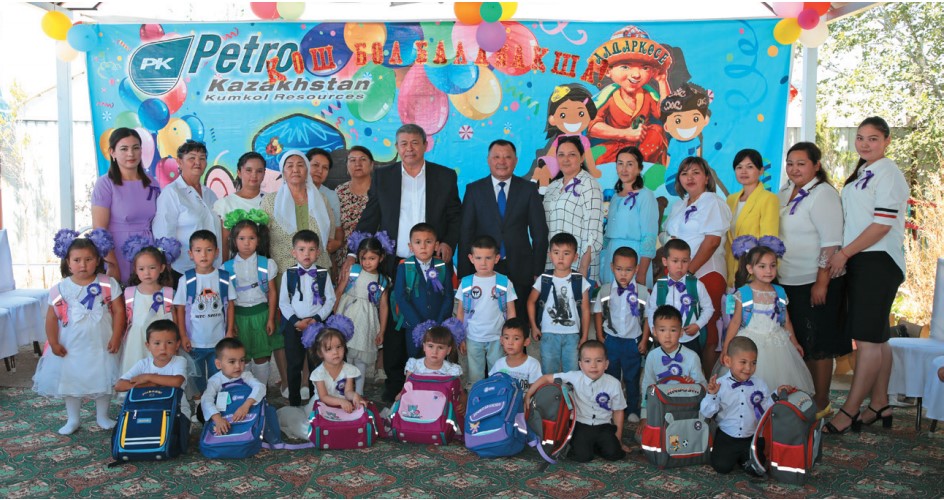 Alumni Indira Zhussupova, Dana Sapiolla, Ainur Jaliyeva, and Aigerim Kumshabayeva were unable to find work after rehabilitation, and the center's staff came to the rescue. Together with the team of the center, the girls took part and eventually won a grant competition to develop social entrepreneurship within the framework of the "Әreket" project of the Samruk-Kazyna Trust, which later allowed them to master the professions of cook, confectioner and semi-finished products prep cook at the center and open a workshop for cooking semi-finished products, confectionery and bakery products. Coincidentally, the cordial atmosphere and fond memories bind the alumni, as many of them are frequent visitors to the center.

As Bolat Kusherbayev, vice president of JSC PetroKazakhstan Kumkol Resources, noted, "Oilmen try to do everything possible so that each child finds his place in life, can realize his potential, work and earn a living, and support each other”.

Thanks to help from PetroKazakhstan, the last orphanage in Kyzylorda Oblast closed in 2015, when Atameken, a family-type Children's Village for orphans and children left without parental care, was established in the region. The Children's Village consists of eight two-storied houses that can accommodate up to 80 children and one administrative building. Today it is home to 49 children aged 3 to 18. Fifty employees and tutors work in the village and help the children take their first steps into adulthood. JSC PetroKazakhstan Kumkol Resources was one of the partners, along with other oil companies in the region, who supported the implementation of a very important project.

Also, this year on the eve of the Children's Day the oil workers traditionally visited their young mentees and presented them with stuffed toys, sweets and school bags with school supplies.