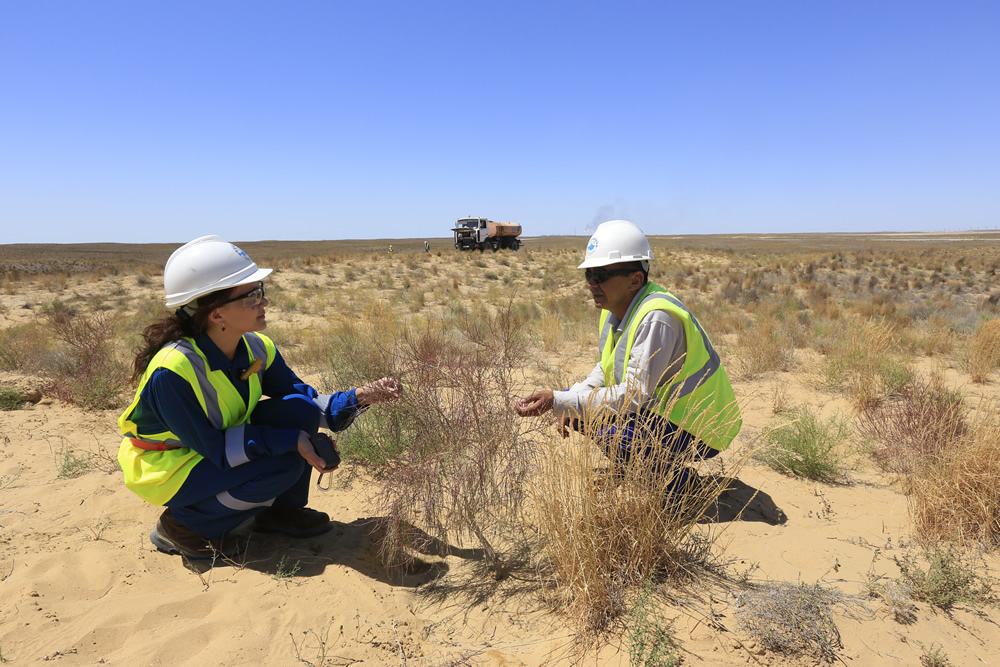 Even before that, many oil and gas operators had introduced technologies that minimize environment impact from production operations. Among them is TCO, which is developing one of the largest oil and gas fields in the world, Tengiz. TCO pays special attention to water consumption, waste recycling, environmental protection, and the protection of biodiversity in the unique nature of the Caspian region.

Having invested more than 3 billion US dollars in environmental protection measures since 2000, TCO shows an example of a responsible attitude to nature, caring for people and the environment. 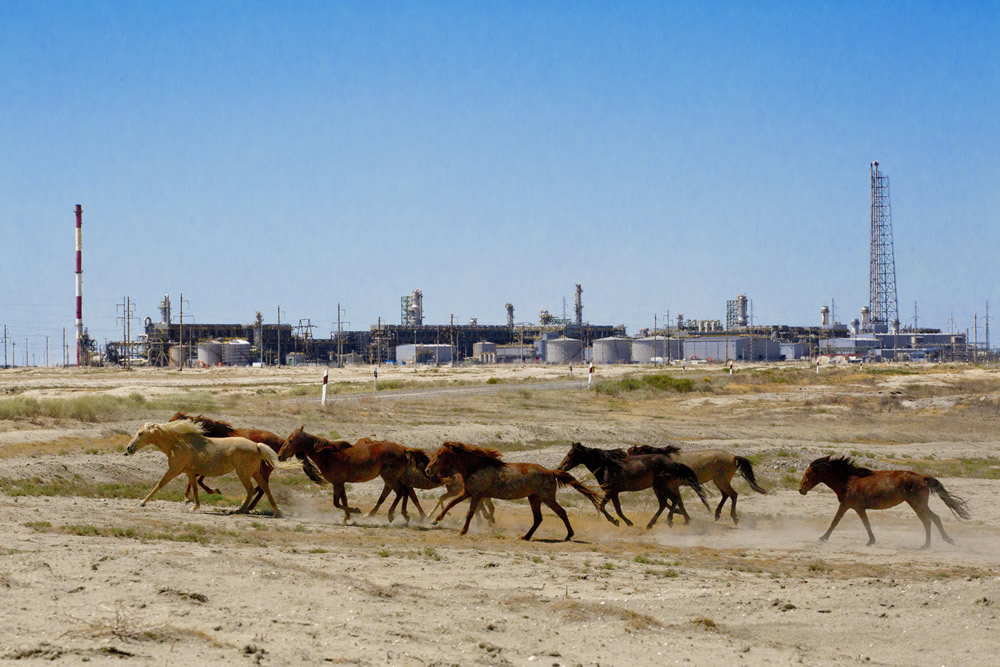 There is a crucial shortage of fresh water in the western region of Kazakhstan, so its economy and reasonable consumption are high priorities for TCO.

The company receives water from the main water pipeline (Magistralnyi Vodovod – The operating company), and despite increased demand of production facilities for water resources in connection with the execution of FGP-WPMP (Future Growth Project - Wellhead Pressure Management Project), for the past 10 years the volume of water intake by the company has remained within same range.

In addition, TCO actively promotes a culture of water conservation and conducts various actions and campaigns promoting this culture. In 2021, a major information campaign was organized, thanks to which tens of thousands of TCO workforce and business partners across Kazakhstan learned more about importance of careful management of water resources.

Waste recycling is an important element of environmental protection

Waste is an integral part of any production, large or small. The larger the company, the more waste it is able to produce. The main challenge is proper management of these wastes so that their impact on the environment is minimal. Thus, with proper waste management and waste disposal, it is possible to achieve minimal impact with maximum production.

Currently, more than 60 types of waste are generated during the company's production activities, and 35 are successfully sent for reuse or recycling. This became possible thanks to the introduction of a long-term and effective waste management system and through continuous improvement of the efficiency of waste management and recycling methods developed in the company. It complies with the requirements of the legislation of the Republic of Kazakhstan and international best practices in waste management and helps to minimize the company's burden on the environment. 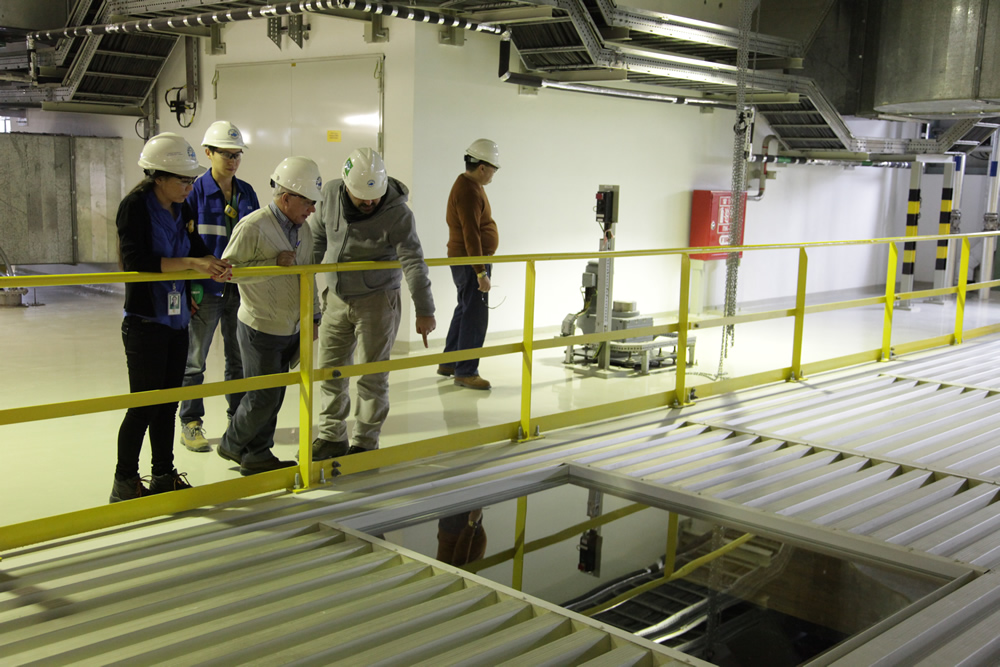 TCO’s integrated waste management system is based on several key principles: waste minimization, reuse, and recycling or the 3Rs (Reduce, Reuse, Recycle) program. During implementation of the system, TCO environmental specialists have done a tremendous job. The most difficult thing was to change employees’ minds, convince thousands of company employees and business partners to segregate the waste into separate categories for plastic bottles and cardboard, office paper, glass, non-traditional metal, etc.

Special containers with color coding and the name of the waste category in Kazakh, Russian and English languages were installed at all production sites, in shift camps and other TCO facilities, including HQ in Atyrau. Since then, this system has proven its effectiveness.

The waste management center is called the Tengiz EcoCenter. It was put into operation to provide temporary storage, neutralization, processing and disposal of waste generated by the company and its business partners involved in TCO operations.

The integrated culture of recycling and disposal of waste has produced strong results changing mindset of the employees. Company employees follow this concept not only in production, but also actively introduce it at home and even try to make their contribution to the waste disposal in the city. In fact, one of TCO’s employees started his own business in Atyrau for waste recycling. During the inter-shift period Meirbek Kuanyshev and his partner take and sort wastepaper, plastic and film, and further send it to Almaty for recycling. On average, they collect up to 60 tons of waste per month.

The business is not that profitable, but young men provide employment for 10 people and are intended to continue improvements in that regard. Later, they plan to expand and run a social business by hiring mothers of many children, people with disabilities and former convicted people. Such a high level of responsibility before the native city and its development are worthy of praise and prove that the introduced culture in Tengiz already changes the consciousness of the people. 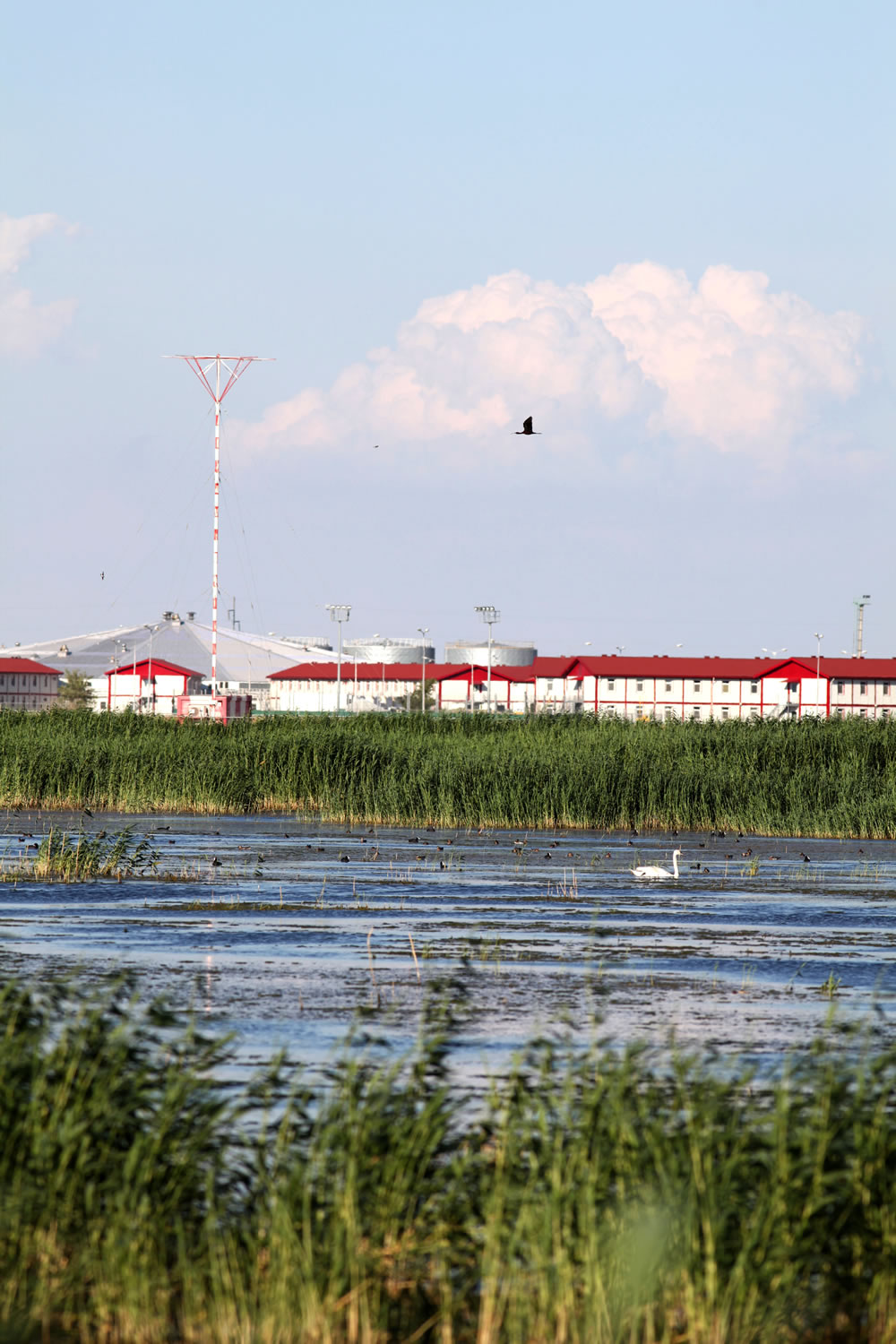 One of TCO’s priorities is to care for nature. The company pays special attention to biodiversity, protection of animal migration routes and bird nesting. Before starting any type of work, ecologists inspect the environmental impact of production activities. For example, prior to commencement of FGP-WPMP construction works, comprehensive studies were carried out to avoid or reduce potential impacts on biodiversity in the project area.

The company observes all safety precautions for minimization of the environmental impact: construction activities are carried out only within the allocated land allotment, traffic circulation is allowed only on organized roads, after completion of construction activities, land reclamation is carried out. Furthermore, ecologists implement additional projects aimed at protecting the environment. Thus, the ecologists involved in the FGP-WPMP started a new and, undoubtedly, necessary project for conservation of the species of lapwings.

A lapwing is a bird that is in danger of extinction according to the International Union for Conservation of Nature (IUCN). It breeds on open pasture in the steppes. Within FGP-WPMP, TCO supports measures that will help create conditions for the reproduction of this endangered bird. In 2021, funds were allocated to the Association for Conservation of Biodiversity of Kazakhstan (ACBK). Measures involve working with farmers to protect nests at stake of plowing and implementation of a satellite tracking system for birds. In addition, field studies are being conducted to understand the changes in nesting environment of the lapwings and awareness raising activities among the locals about conservation status of the lapwings.

However, the TCO FGP Environmental Department monitors the population of not only endangered species, but also birds in general. During the breeding season of birds, a special program is being implemented. If a nest is found at a production facility, various measures are taken until the birds are hatched and feathered, up to the suspension of work in this area. A vivid example is the case that became widely known, when 3 service cars were taken off the routes and sealed off only because birds made nests in the car bodies.

In addition, ecologists carry out awareness-raising activities: a special guide was developed and published indicating the main representatives of the flora and fauna of the region, more than 100 explanatory banners were installed.

Thanks to the successful implementation of bird nest management plans and timely response, almost 60% of nests found were active and nesting resulted in successful hatching.

Certainly, conservation of the bird population is not the only area that TCO ecologists work on. Together with other companies, TCO financially supports the sturgeon hatchery. The company purchased winter and summer water coolers for basins with recirculation system. As a result of support provided to the Ural-Atyrau sturgeon hatchery, the sturgeon broodstock gained in weight. Despite the fact that TCO's production is not located in the Caspian Sea, the company pays attention to the population of the unique Caspian seal. As part of the project, TCO volunteers and ecologists collect abandoned nets, marine debris, remove animals from the nets and release them into the sea. As a result, about 4,300 kg of abandoned nets and 1,000 kg of marine debris were collected in one season in 2021. In total, since 2014, 878 abandoned fishing nets (20,500 kg) and more than 9,000 kg of marine debris have been removed from the Caspian Sea, 53 sturgeons and 15 seals have been released from abandoned nets. Just recently, TCO representatives, together with the regional Ecology Department, traditionally circled around the northeastern part of the Caspian Sea to a seal rookery in order to determine their location and abundance. The counting is carried out from the air in order to minimize human interference in the traditional habitat of fur seals as much as possible and not to frighten the animals. This project has been implemented for more than a year, and thanks to it, ecologists of the region have a clear idea of the Caspian seal allocation in the northeastern part of the Caspian Sea and its dynamics.

Summing up the great work aimed at protecting the environment, it may safely be said that Tengizchevroil continues to be an environmental leader in the industry and supports the green principles outlined by the government of the Republic of Kazakhstan. The company's activities are carried out in full compliance with the regulatory requirements of international standards and the legislation of Kazakhstan in the field of ecology.