The new law “On subsoil and subsoil use” of June 24, 2010, which replaced two previous laws in the country – the Law on Subsoil and Subsoil Use and the Law on Oil – has regulated activity in the sphere of subsoil use for one and a half years. Nevertheless, some norms of the Law on Subsoil still cause many disputes in legal circles and among subsoil users. Subsoil users fear the strengthening of state control and restriction of the rights of subsoil users, and in this they see a negative impact on the investment climate in the Republic on the whole. 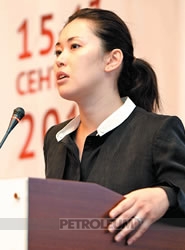 For example, an urgent question of stabilization worries investors operating or planning to enter the subsoil use sphere. The new Law on Subsoil applies wording similar to the wording of the previous laws. Meanwhile, the earlier guarantee of rights against changes in the legislation is no longer in force. As a guarantee of stability, the changes in the legislation can “worsen the results of commercial activity” of subsoil users, but not the provisions of the subsoil user on the whole, as provided by the previous law. Taxation and customs regulation, as well as some other issues, are excluded from the guarantee of stability under the Law on Subsoil.

Such a state of affairs cannot but alert foreign investors because the guarantees of stability provided by the contracts concluded earlier are also exposed to revisions that threaten the investors’ economic interests.

Changes in the subsoil use legislation

The Law on Subsoil has regulated the subsoil use sphere for already one and a half years, and the majority of lawyers and subsoil users have had a possibility to familiarize themselves with the provisions of the new law and put these into practice. Thus, we shall make a short list of the main alterations within the new law. The Law on Subsoil provides:

The criteria for selecting a winner on a competitive basis are the subscription bonus (50% of the amount is paid prior to signing the contract) and costs to the region’s social, economic and infrastructural development.

Also, subsoil usecontracts shall contain some obligatory conditions, such as the percentage of the Kazakhstani content, requirements on training Kazakhstani personnel, the size of forfeit (penalties, fees) for failure to fulfill contract obligations or their inappropriate fulfillment, obligations on associated gas utilization, etc.

The Law on Subsoil envisages that it is possible to conclude contracts with national companies and companies which have made commercial discoveries on the basis of direct negotiations.

Detailed procedures and time-frames for obtaining permits from the competent body and procedures for decision by the state on the issue of priority rights.

Legislators have undertaken to detail the issues of obtaining permits from the competent body for the execution of deals on subsoil use rights; the subsoil users’share of participation; and also on the issue of the state’s priority rights. Many lawyers and subsoil users stress that this attempt is necessary, but that it has not been resolved.

For example, the introduction of a 6-month time restriction on the validity of the refusal of the state from priority rights restricts the actions of subsoil users. Also, the list of documents needed for obtaining the approvals is not exhaustive, which can lead to the delays in the consideration of documents.