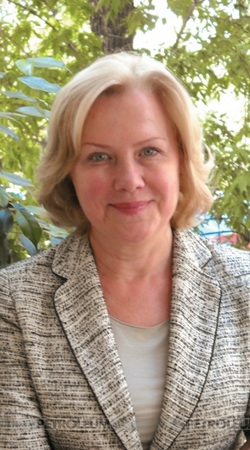 The most important novels per- taining to the Kazakhstan hydro- carbons legal regime encompass the following blocks of legislation:

Lately, amendments to legislation have been occurring often, some- times in a dash. For example, the Subsoil Law was adopted a little more than two years ago and it has already been changed nine times since then, of which seven times in 2012.

The newly adopted Gas Law has been amended three times over the first six months it was in operation. Dozens of subordinate regula- tions have been adopted to develop and clarify the statutory provisions of basic laws, mostly at the level of Government resolutions, some legal relations being further regulated by the orders of various ministries.

The said regulations are to a large extent complementary and the laws often contain direct references to each other and to other legislative acts (for example, to civil legisla- tion, Law on State Property, Law on Science, Law on State Support of Industrial-and-Innovation Activi- ties, and other.) The hydrocarbons legal regime is also affected by other new legisla- tion (including Customs Union acts, investment legislation, etc.) 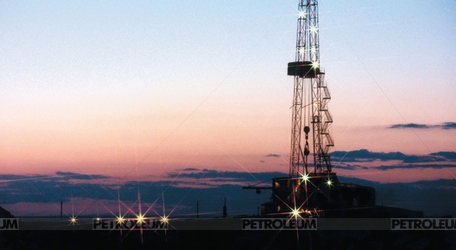 Changes to Subsoil Law Amendments to the Subsoil Law range in scope and importance from fairly serious to technical; however, in aggregate, they have changed the subsoil legal regime in a number of key points. We would like to high- light some of the innovations below.

1. Changes in connection with the Law on State Support of Indus- trial-and-Innovation Activities first occurred concurrently with the adoption of this Law in January 2012 and then again after its amendment in July 20125 .

It is established that, pursuant to the Law on State Support of Indus- trial-and-Innovation Activities, contracts for exploration and/or production operations with industri- al-and-innovation activity subjects are to be concluded without tender, on the basis of direct negotiations.

Such subjects are understood as “…individuals and/or legal entities implementing industrial-and-inno- vation projects in the priority sectors of economy or conducting activities for the promotion of domestic pro- cessed goods, work and services to the internal and/or external mar- kets” (subparagraph 5 of Article 1 of the Law of 9 January 2012).

Thus, it is not yet quite clear how (and how effectively) the granted benefit is going to work. Subsoil user’s obligations in respect of annual R&D financing have been expanded6 and the autho- rized agency in the sphere of indus- try regulation has been replaced by the authorized agency in the sphere of state support of industrial-and- innovation activities, with some adjustment of competence. Some other novels have also been intro- duced.

2. The definition of the national subsoil company (hereinafter, the national company or NC), hence, accordingly, its status, has already been changed twice since the Sub- soil Law adoption in 2010. Origi- nally, the NC was understood, according to the Law, as the “joint stock company organized based on a resolution of the Government of the Republic of Kazakhstan, in which the sole shareholder is the state or a national management holding and which carries out activities in certain subsoil use spheres on conditions set forth by the legislation of the Repub- lic of Kazakhstan” (paragraph 21 of Article 1). In 2011, it was set out that national companies may also be organized based on a resolution of local execu- tive authorities of oblasts, cities of national significance, and the capi- tal 7 .

Thus, the definition of the NC has been significantly expanded, therefore, there are legal prerequi- sites for organizing an indefinitely large number of national companies.

In 2012, the NC definition was changed again, now allowing the state or the national management holding to hold just a control block of shares8 , unlike the 100% share- holding, as it has always been before. The functions of the national company are defined by Article 31 of the Subsoil Law and encompass, in particular, “representation of state interests in contracts providing for the national company’s shared par- ticipation therein, in accordance with the procedure defined by the RK Government and within the scope of authorities secured in the contracts,” and, judging by the content of Arti- cle 31, the national companies per- form many other functions close to those of the state. 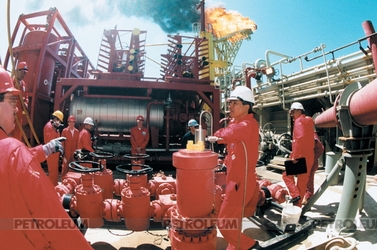 The Government has approved the Rules for the state interests rep- resentation by the national compa- ny in contracts providing for the lat- ter’s shared participation therein9 . According to the Rules, the state interests are represented through exercising the rights of shared par- ticipation in contracts. The shares in contracts are managed via bod- ies, as envisaged by the contracts, joint operating agreements and foundation documents of the opera- tors (in cases where a consortium is set up) and/or foundation docu- ments of organizations with joint participation in the charter capital, not only by the national company directly, but also by its affiliates, which are in their turn understood as legal entities whose resolutions the national company has the pos- sibility to directly and/or indirect- ly define and/or influence, if such legal entity’s main activities are associated with subsoil use.

3. Subsoil-related powers of cer- tain governmental agencies have been changed. For example, all pow- ers to enter into, register, perform, monitor, terminate, etc. contracts for the construction and/or operation of undergrounds facilities unrelated to exploration or production have been transferred to local executive author- ities (of oblasts, cities of national significance and the capital.

4. Simplification of administra- tive procedures. The deadlines for various governmental agencies and commissions to issue and approve a number of subsoil-related docu- ments have been notably reduced. Other administrative procedures have been simplified, for example, marine scientific research may now be conducted notifying the com- petent authority of the research commencement, while previously requiring a relevant approval.

5. The term of transitional provi- sions for the preparation of project documents established at the time of the Subsoil Law adoption has been extended, accordingly, from 12 to 24 months and from 18 to 36 months of the effective date of the Law.

6. Changes in connection with the Trunk Pipeline Law. Chapter 10 “Trunk Pipeline Transport” (Articles 102-106) and some other norms per- taining to trunk pipelines were com- pletely deleted from the Subsoil Law.

7. Terminology adjustments. Now, the term “Kazakhstan content” in work, services, etc. is replaced by the term “local content”; instead of shares, the “voting” shares (partici- pation interests) will be taken into consideration; etc.

8. There are “funny” amend- ments too, for example, the phrase “…the relevant documents shall be attached to the application” was added with the words “or affixed” after the word “attached” (para- graph 3 of Article 95 of Subsoil Law). It appears that the word “attached” should be understood only in its physical meaning, while differenti- ated from the newly added word “affixed” reflecting another physi- cal state of the document. It may look like one can simply neglect such “amendments.”

However, being seemingly harmless, they not just litter the Law, but may trigger (should the officials so want) prob- lem situations.