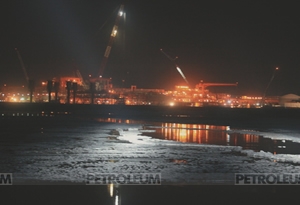 ConocoPhillips, an American oil company which has ranked, under the 2012 results, 12th in the rating of Fortune Global 500, leaves the Kazakhstan market. On the eve of the new year, the company has declared about the sale of its share in the Kashagan consortium, and on January 25, 2013 has completed the deal on the sale to the national company KazMunayGasof a 24.5 % interest in the prospective offshore project N (Nursultan) in the southern part of the Caspian Sea.

As a result, КМG has become the owner of a 75.5 % interest in project N and a 75.5 % interest in NОperating Company LLP. Thus, Kazakhstan has taken its priority right to purchase the released oil and gas assets. While the most probable applicant for the share in the Kashaganproject today is Indian ONGC Videsh Limited.

To the question whether Kazakhstan plans to make an application for the purchase of share in North Caspian Operating Company (NCOC) conducting development of the Kashagan field, the Minister of Oil and Gas of Kazakhstan Sauat Mynbayevon January 21of this yearhas stated that “the interdepartmental commission is considering this issue.

We have several months, the partners have lesser term”. In early January 2013 India asked Kazakhstan to support the deal for buying a share of ConocoPhillips. The Minister of Petroleum and Gas of India Veerappa Moily has addressed to the Kazakhstan government with a request to support.

“The question is open. ConocoPhillips addressed with an official letter to the Ministry, to the interdepartmental commission, on a possible sale of ConocoPhillips to the Indian company. All partners have the so-called priority right to acquire this share regardless of  their rights.

The republic also has the priority right to acquire this share. The partners and the republic are still in the process of defining their positions, the terms of consideration are not finished yet. There is no final decision on this issue so far,” said the head of the Ministry of Oil and Gas Sauat Mynbayev. Аkorda has been presented with a fait accompli

The Kazakhstan authorities do not hide their discontent with the act of ConocoPhillips, but are not hurried up yet to interfere in the process. The intrigue of Kashagan today in not why ConocoPhillips sells its share in the project, and moreover, on the eve of the start of oil production planned for March, but who as a result will buy this share. Former estimates of Akorda that leaving of the Americans will give a chance to Kazakhstan to strengthen its political positions in the project are not justified. It will be the investors who as usual will dictate conditions.

The outflow of foreign participants from the Kashagan project is becoming a bad tradition. British BP and British Gas, Norwegian Statoil, and now – ConocoPhillips. The last has presented an unpleasant surprise to Akorda by its arrangement with ONGC. Not only that Akorda has been presented with a fait accompli, but also the price of the deal, $5 billion, is obviously not on which our officials counted.

Astana did not expect that the price will exceed $4 billion, after all, only two years have passed when KazMunayGas bought actually the same share in the project for $1.3 billion and under very preferential terms. As inform the sources of Petroleum in КМG, under the order of the country’s president the National Fund is ready to allocate the amount worth $4 billion for the purchase of share of ConocoPhillips. But no more.

However, the assets not only need to be bought, they also should be financed further. And this means new debts, and again new depts. КМG is in a permanent search for financing its share in the North Caspian project, taking one after another syndicated credits. Against their will the analysts ask a question: what is the sense for Kazakhstan from KMG’s share in the project if all profits will finally go to the western bankers? 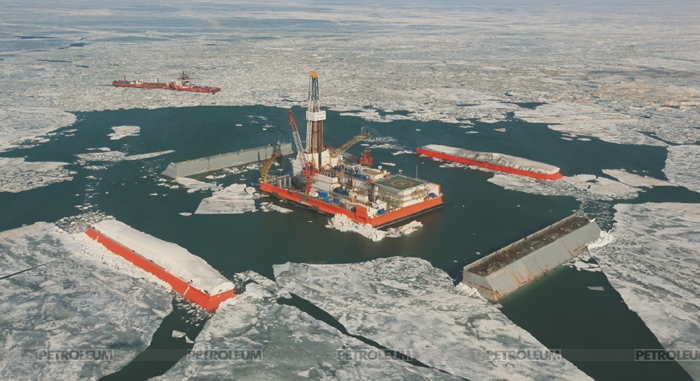 What for Аkorda needs to increase its share if there is no money to fulfill the existing obligations? An almost symbolical, but very important political asset? It is not uneasy to find an answer to this question. However, it is needed to take into consideration the current negotiations about the transfer by KazMunayGas of its offshore projects to its subsidiary, KazMunaiGas Exploration & Production JSC. It is known that 11 % in КМG EP are held by the Chinese, and the shares of other shareholders, the names of which are unknown to the public, are operated by the Bank of New York. Perhaps, these unnamed shareholders lobby the purchase of share in ConocoPhillips?

Meantime, the reality is such: the opinion of Akorda in negotiations with ConocoPhillips has not been taken into account. And all the strategy of Astana to increase its influence in the project has appeared wrong. If Аkorda would have a possibility to buy this share, it could dictate its political and economic conditions in this deal. Now, at the best, the republic has to be content with part of asset purchased on the money of foreign partners in the project. Also, the conditions of the deal will be dictated  to Akorda, that is extremely painful for the owner of Kashagan.