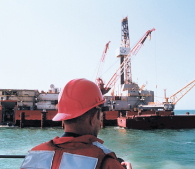 AEQUITAS Law Firm organized in January 1993 is one of Kazakhstan's leading law firms whose reputation is widely appreciated in the global market of advisory services. For many years AEQUITAS has been one of Kazakhstan's law firms most recommended by the leading international legal guides and publications, including Chambers & Partners, Who's Who Legal, Legal 500, Asia Law Profiles, Best Lawyers and IFLR1000, its partners and associates being most recommended in the M&A, Natural Resources, Banking and Capital Markets and other areas.

AEQUITAS provides a full spectrum of business legal support services and enjoys a high professional reputation amongst its colleagues and clients. The firm's clients are major international and local companies and corporations.

AEQUITAS Law Firm was one of the Environmental Forum organizers and an active developer of the Kazakhstan Environmental Legislation Reform Conception.

The Conception preparation took a large-scale research, analysis of the law-application practice, review of more than 200 judicial acts (judgments, resolutions and rulings) on environmental matters from the available judicial practice materials of law firms and nature users, and information from publicly available sources, including Bank of Judicial Acts of the Supreme Court and local courts http://supcourt.kz/rus/acts/and "Paragraph" Information System.

The judicial acts reviewed were mostly those over the past three years, encompassing certain judicial acts of an earlier period, beginning 2007.

Based on the results of the review and other documents in the framework of the local environmental legislation reform project, AEQUITAS Law Firm prepared a generalization of judicial practice in environmental disputes, a summary of which is provided below.

The analysis shows that the existing law-application practice, including judicial practice in environmental disputes, often contradicts legislation, which has been repeatedly stated by the practicing Kazakhstan lawyers and scholars.

The principal judicial practice shortcomings have been identified in the following cases:

The cases involving environmental damages are noted to be the most problematic in terms of correct law application.

According to data by the Statistics Agency of the Republic of Kazakhstan, the total environmental damages collected in Kazakhstan in 2012 made more than KZT 29 billion, which is approximately equivalent to USD 195 million.

In certain instances, one and the same court applies different approaches to similar cases.

Resolution No. 16 of the Plenum of the Supreme Court of the Republic of Kazakhstan, Concerning the Practice of Environmental Legislation Application by Courts, dated 22 December 2000, has largely lost its relevance due to changes in legislation, and where still applicable, the courts do not make ample use of the said Resolution provisions dealing with environmental damage recovery.  For example, practically unused are the Plenum Resolution's provisions stating that the courts must on a mandatory basis clarify the circumstances testifying to the occurrence of harmful consequences, and take measures to establish the harmdoer, and the presence of fault and causal connection (paragraph 5); and that legally significant is not just any pollution, but only pollutionexceeding the established environmentalquality norms (paragraph 9).

According to Kazakhstan legislation, environmental damage is characterized by the presence of specific unfavorable consequences and is defined as "pollution of the environment or extraction of natural resources in excess of the established norms, which caused or is causing degradation and depletion of natural resources or death of living organisms" (subparagraph 42 of paragraph 1 of Article 1 of the Environmental Code[1]).

In most of the known court disputes, the fact of causing environmental damage in the meaning of subparagraph 42 of paragraph 1 of Article 1 of the Environmental Code has not been proved.

The reviewed court practice generally demonstrates that, at present, the courts recover the so-called "environmental damage" without proving the fact of the damage occurrence, basing themselves only on the proof of presence of a wrongful act. 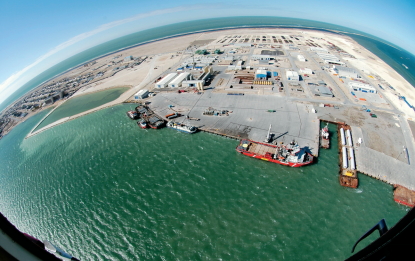 The direct method of economic assessment of damage implies determination of actual costs required to restore the environment, replenish the degraded natural resources and rehabilitate the living organisms through the most effective engineering, organizational-and-technical and technological measures (paragraph 1 of Article 109 of the EC).

The authorized agency must in the first place consider the possibility to restore the environment (paragraph 2 of Article 109 of the EC).

The indirect methodof economic assessment of damage is based on the difference between the actual environmental impact and the established norms for all types of pollutants, as well as on the amount of the monthly calculation index and levels of environmental hazard and environmental risk (paragraph 7 of the Rules for the Economic Assessment of Damage[2]).  In fact, the indirect method boils down to applying the formula set forth in the Rules for the Economic Assessment of Damage, which is in no way associated with the damage.

The damage in cases of soil pollution and in cases of unlawful waste disposal is usually objectively eliminable by way of restoration and reclamation operations, waste cleanup, etc.  That is, it is possible to apply the direct method of economic assessment of damage.