Finally, Kazakhstan used its priority rights to purchase an 8.4% share in Kashagan field, previously owned by ConocoPhillips. Its share in the world's largest oil and gas project, the US Company will sell to JSC NC KazMunayGaz(KMG) for $ 5 billion. The deal will be completed in the fourth quarter of 2013. 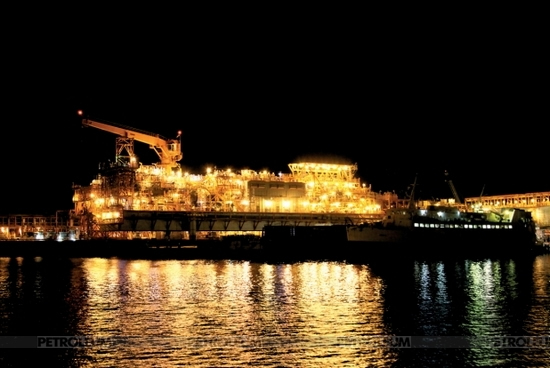 After purchasing the shares of ConocoPhillips, KazMunaiGaz will own 25.21% stakes, and at some point, Kazakhstan will become the major shareholder in the project. In specific, the largest shareholder will be an offshore company KMG Kashagan B.V., registered in the Netherlands, which is owned by the KMG.

However, September 7, during the official visit, Xi Jinping, President of the People's Republic of China announced that as a result of the negotiations with Nursultan Nazarbayev, President of Kazakhstan, “an agreement was obtained regarding the China’s share participation in Kashagan field”. According to Bloomberg, the share will make 8.33%. As a result, the oil companies of China will obtain the long-awaited asset- they will receive a share in the field, the largest among those discovered over past 30 years in the world.

And here comes a big issue. The fact is that two years ago the head of the national company has announced that its share in Kashagan will be transferred to the JSC Exploration & Production KazMunaiGaz(E&P KMG). According to the E&P KMG information, one of its shares already belongs to the China Investment Corporation (CIC), a Chinese correspondent of the Samruk Kazyna Fund. That means in case of selling the share of 8.33% to CNPC, about one third of the remaining 16.88% will belong to another Chinese giant-the CIC. Therefore, the Chinese companies together will have the direct control of 14 % in Kashagan project. Such 14% will be the share only if the Chinese companies will not buy the E&P KMG shares at the Stock Exchange.

Moreover, according to an information that circulates in the oil and gas sector, China proposed Kazakhstan, as an additional advantage, to have a free access to the Chinese port of Hailugang with a direct access to the Pacific Ocean. According to the source agency-the Trend, two Western companies-Shell and Eni, shareholders of the international consortium, negotiated the supply of Kashagan oil to the Chinese market, namely, to the refinery in Sichuan.

In addition, according to a source from China, their companies are considering the purchase of a long-term gas contract from the Karachaganak field, with further entering into the project, in addition to the purchase of 40% share in Kashagan. If the CNPC or Sinopec will join the development of Karachaganak, the issue with third (gas) phase will be resolved.

Currently, the partners in Karachaganak Petroleum Operating B.V. (KPO) decided to limit the gas processing by only 8 billion cubic meters, and the remaining quantity shall be pumped into the reservoir to increase the oil recovery. The main reason for KPO to be refrained from the startup of the third phase is its high cost for the partners. However, with the presence of Chinese companies in the project, the financial issues will be over. Transfer of a share to China is simple-it’s enough to transfer the share in Karachaganak to the E&P KMG. In exchange of the financing, even the Western partners in the project will not object to the concession of their part in the share to the Chinese company.