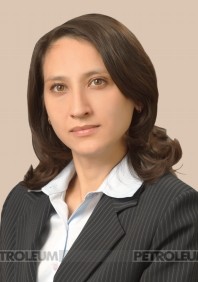 The dispositivity (principle of optionality) in the civil law lays special emphasis on a contract as an agreement of the parties to a civil transaction, which sets forth their rights and obligations. Article 2 of the Civil Code of the Republic of Kazakhstan specifies that parties are free to establish their rights and obligations on the basis of a contract and in the determination of contract terms and conditions, which do not contradict the law. Taking into consideration the importance of a contract as an institute of the civil law, the issue of contractual stability becomes of great importance alongside the issues of contract execution, performance and termination.

Stability is one of the main criteria for all parties to a contract, as it allows certain terms and conditions of relationships to be fixed, which reflect the interests of the parties and enables them to calculate the economic efficiency of a deal, rely on the results planned and avoid the risk of changes of conduct by any counterparty, including the case of unfair practice, and, in general, to exclude a number of potential negative changes and disputes. Stability allows the parties to a civil transaction to be more confident when entering into a deal and to keep the balance of mutual rights and obligations and as a result to keep the balance of own interests.

Stability of relationships between the parties to a civil transaction may be affected by the change of the legislative norms, which regulate such relationships. As a result of amendments to legislative acts the parties may find themselves in a different legal environment, in which they may be granted new rights or become subject to additional obligations; besides which new statutory requirements or restrictions may be established, which directly affect the performance of a contract.

Although contractual stability is one of the guarantees of the interests of the parties to a civil transaction, quite often parties to a contract have issues and disputes related to amendments to or contract termination. In the event of any failure to resolve such disputes, the parties are forced to appeal to the Courts with a claim to introduce amendments or to terminate the contract. The termination or amendment of a contract, as well as the recognition of a contract as not having been concluded, creates problems for the parties, disturbing the normal course of their business and investment activities.

There are two main aspects related to contractual stability: 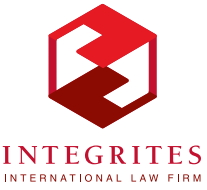 Below is an analysis of the norms of the legislation of the Republic of Kazakhstan, which regulate contractual stability.

Change of the ruling legislation following the execution of a contract

The general rule on the time aspects of the operation of legislative acts is set forth in the Law of Kazakhstan “On Regulatory Legal Acts”, under which a regulatory legal act does not apply to relationships which occurred prior to its enactment. The only exemption from this rule is the case when the retroactive force of a law or its part is provided for by the law itself or an act on the enactment of such a law.

In accordance with Article 4 of the Civil Code of Kazakhstan, the acts of civil legislation do not have retroactive force and only apply to relationships which occurred after their enactment. Acts of civil legislation apply to relationships which occurred prior to their enactment only in cases when it is explicitly provided for in such an act.

Thus, the civil legislation sets forth the general rule of the stability of contract terms and conditions, specified at the moment of contract execution. Changes in the legislation should not affect the relationships of the parties to a deal, which complies with general logic and is a basis for civil transactions. This is one of the most important provisions of the civil legislation, aimed at the protection of the interests of the parties to civil transactions.

However, we note that the parties are not fully protected from changes and amendments to regulatory legal acts:

Firstly, as stated in the above mentioned Articles 4 and 383 of the Civil Code of Kazakhstan, legislative acts provide for their retroactive application to relationships which occurred prior to their enactment. In this event, changes to a law may affect the relationships of the parties to a contract, depriving them of stability guarantees in respect of the terms and conditions agreed upon.

Secondly, the issue of application of Articles 4 and 383 of the Civil Code of Kazakhstan to certain relationships of the parties arising during the performance of a contract is a disputable one. Article 4 refers only to the rules on the time aspects of the operation of the civil legislation . Article 383 uses the general term ‘legislation’, however, given that the Civil Code regulates only civil law relations, Article 4 and 383 do not apply, for example, to taxes, customs, currency and other relationships, which arise during the performance of contracts and are closely connected to the type of performance and achievement of the contracts’ goals.

So, for example, Clause 2 of Article 3 of the Tax Code of Kazakhstan, the legal acts of Kazakhstan which amend and supplement the Tax Code may, except for certain cases, be adopted not later than the 1st of November of the current year and enacted not earlier than the 1st of January of the year following the year of their adoption. The tax legislation does not provide for taxation stability for the parties to a contract; the interests of taxpayers are protected only by the opportunity to be acquainted with the proposed amendments two months prior to the enactment of such amendments. It does not protect the interests of the parties to a long term contract from the disturbance of the economic balance of their interests and financial forecasts during the performance of contracts.

Clause 2 of Article 3 of the Code of Kazakhstan “On Customs in Kazakhstan” sets forth that the customs sphere is regulated by the customs tariff rules, prohibitions and restrictions, and the customs and tax legislation of Kazakhstan in effect on the day of the registration of the customs declaration, unless otherwise provided for by the Customs Code. Thus, for the participants of foreign economic transactions the customs legislation does not provide for the stability of its provisions either. Prohibitions and restrictions established by the State for import and/or export of certain goods may have significant effects on foreign economic activities. 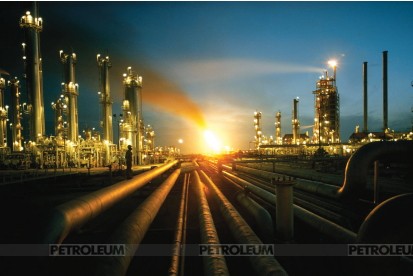 Thirdly, we note the provisions of Clause 2 of Article 4 of the Civil Code of Kazakhstan which sets forth that in respect of relationships which occurred prior to the enactment of the civil legislation act, such an act applies to the rights and obligations which arise after its enactment. We consider that the stated provision is not clearly formulated and allows for different understandings and interpretations. So, the relationships based upon the contract may occur earlier, but certain rights and obligations may arise later in the course of the performance of the contract. In such a situation the issue of the applicable legislation and, subsequently, the issue of stability becomes a disputable and ambiguous one.

The issues related to ensuring the stability of a certain contract are regulated by a number of rules of civil legislation, which determine the procedures for the amendment and termination of civil law contracts.

Another instrument for ensuring contractual stability is the provision of the law which sets forth the following limited list of grounds for the amendment or termination of a contract upon the initiative of one party:

1) Upon material violation of the contract by a party;

2) In other cases as provided for by the Civil Code of Kazakhstan, other legislative acts or the contract.

So, the amendment or termination of a contract on the above grounds is possible only in a judicial procedure.

In practice it is quite difficult to determine the materiality of any contract violation. According to Article 401 of the Civil Code of Kazakhstan, the violation of a contract is recognized as material, if the violation entails such a loss for the other party, as a result of which that party loses a considerable amount of the benefit it was entitled to receive when entering into the contract. The materiality of the contract violation is determined by the Courts based upon the evidence presented by the party/ parties initiating the contractual termination.

Article 404 of the Civil Code of Kazakhstan provides for the unilateral termination of a contract in the following cases:

1) Impossibility of the performance of the contractual obligations;

2) Recognition of the other party as a bankrupt in accordance with the statutorily set procedure;

3) Amendment or cancellation of an act of a State body which was the basis for the execution of a contract;

4) When a contract is entered into without specifying the term, unless otherwise is provided for by legislative acts or the agreement of the parties.

In the case of unilateral refusal from the performance of the contract, the refusing party must notify the other party within one month, unless otherwise provided for by legislative acts or the mutual agreement of the parties.

These are the main provisions of the civil law on contractual stability. In this article we would like to draw special attention to the stability issues related to subsoil use contracts and on the theoretical and practical aspects of the application of the relevant provisions and norms of the civil law to the relations arising out of contracts for subsoil use operations. Taking into consideration the fact that the Kazakhstani economy is based on mineral resources, the issues of subsoil use, relationships between subsoil users and the State as the parties to subsoil use contracts, the guarantee of stability for local and foreign investors remains important and has huge practical implications.