Current Issues of the Subsoil Use Legislation

The following information is provided only as a general guidance and cannot be used as a specialized legal opinion. 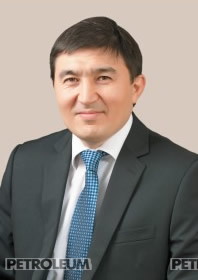 The Law on Subsoil and Subsoil Use dated 24 June 2010 (The Subsoil Use Law) regulates one of the most important areas of social relations in modern Kazakhstan. The Law on Subsoil is targeted to protect interests of the country and to achieve rational and comprehensive study and use of subsoil.  Concise, effective and objective regulation of this area is very crucial for Kazakhstan as never before, and will be an enormous contribution (a “pledge” or a “guarantee”)[1], into the long term and permanent investment into the areas of oil and gas and mining industry, taking into account the global economic disturbances. This will lead to the stable economic development of our country for many years ahead. Economic activity within these fields will also inevitably assist to the development of other areas related to subsoil use (in particular to small, medium and major entrepreneurship).

The aim of the government is to assure the investment attractiveness of our country not only on the legislative level but also in law enforcement practice (i.e. in real life). If this aim is fulfilled the investors will be more willing to invest into our country and conduct their business activities here.

All representatives of the governmental authorities as well as business representatives are aware of this perspective. It is now necessary to understand the issues in question.

Within the four -year period from the adoption of the Subsoil Use Law there were numerous statements made by the representatives of the government from the high tribunes within the framework of international forums such as KIOGE, KAZENERGY, Minex and others. The underlying topic of the discussion was the need to enhance and simplify the legislation on subsoil and the need to increase investment attraction in such a way as to enable any investors and companies (large, medium, small parties) to work in Kazakhstan comfortably and confidently. 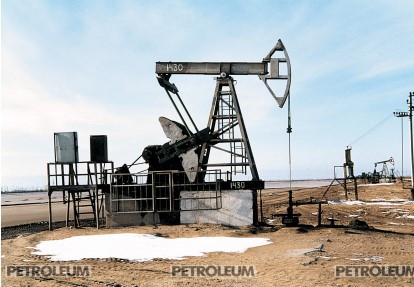 The Subsoil Use Law dated 24 June 2010 until the present day has faced 7 amendments. They were related to the following issues:

Additionally, at present moment the Parliament considers a draft legislation aiming to simplify the procedures of obtaining the right on subsoil use (according to the principle of “first came – first obtained”). At the present time the Code on subsoil is also being discussed.

However, the main question arises why should we do it if the role of the government as a party, providing the rights on subsoil use, and the role of the subsoil user are not clearly defined yet, and the whole concept of the legislative framework on subsoil use in Kazakhstan needs substantial improvement; if the representatives of the governmental bodies themselves do not clearly realize that they need to operate more effectively themselves in order to create an investment flow that would benefit our country.

In the modern legal literature and legal practice various authors (leading scholars and practicing lawyers of our country) discuss such problems. For instance, Suleimenov M.K, Illyassova K.M, Elyubayev Zh. S., Chentsova O.I, Shtopol S.A[5], Yereshev D. and other scholars and practitioners indicate the defects of the legislative framework on the subsoil use. Therefore, there are indeed several serious concerns and problems, which will be considered below.

The questions of fundamental (conceptual character), which are important both from the theoretical and practical perspective should be considered first. These questions relate to the definition of the subsoil use right and its relation to the proprietary right.

According to the Subsoil Use Law, the right on subsoil is a right of possession and usage of subsoil gained by the subsoil users in accordance with the current law (section 22 of Article1). The right on subsoil use relates to the proprietary right. The proprietary right is understood as a subjective right guaranteeing the fulfilment of interests of an entitled person by way of a direct impact on the subject matter, which is under his economic control. The proprietary right is established provided the right holder has the power to possess, use and dispose. These powers can be exercised to the full extent or partly.[6]

Governmental property right on subsoil is the main type of proprietary right in this area.[7]

Subject matter of the right on subsoil use is subsoil and in particular subsoil plots.[8] The definitions of “subsoil” (section 12 Article 1 of the Subsoil Use Law) and “subsoil plot” (section 30 Article 1 of the Subsoil Use Law) are provided in the text of this Law itself.[9]  The subsoil is under governmental exclusive possession and can be transferred to other interested persons only in accordance with the Subsoil Use Law. Therefore, subsoil itself cannot be a subject matter of purchase – and – sale contract, a gift or security and the government cannot dispose the subsoil to other parties.

The government exercises its right to dispose subsoil by making subsoil available for use by third parties.[10] In this regard, the framework of the Subsoil Use Law is similar to other proprietary rights such as the right on land use.[11]

According to the outdated Code on Subsoil and Mineral Raw Processing of 30th May 1992, the right on subsoil use was considered not as a civil and proprietary right but as an administrative legal matter under the mining law.

Professor Illyasova K.M. fairly indicates that there are problems on the development of the conception itself leading to the inconsistencies within the definitions of “subsoil”, “land”, and “land plot”.[12] The question arises on where the land ends and subsoil begins. The Subsoil Use Law adopted a geometrical approach towards the definition of “subsoil”. It is defined as a part of an Earth crust located below the soil layer or with an entrance to the mining deposits”.

Section 2 Article 56 of the Subsoil Use Law contains the list of underground constructions, not related to the exploration or research of mining deposits, which require an execution of contract by way of direct negotiations.  However, this principle is not being implemented in relation to the underground constructions, which are built or located below the soil layer.[13]

Another problem which Illyasova K.M. mentions is the definition of the right on subsoil use through the concept of “possession”, which contradicts the conception of a proprietary right and needs to be reviewed. This relates to the cases of establishment of the right on subsoil use of two or more subsoil users with the reference to different contracts. According to principle of the legal theory, the right of possession[14] of one individual must eliminate the right of the other individual for possession of the same property. [15]

The next major problem is the inconsistency of the provisions (on the termination of contract, responsibility of a subsoil user, etc.), which are specified within the spheres of subsoil use, civil law and norms. They tend to put the subsoil user at an unequal position in relation to an authorized body representing the government.[16]

Chentcova O.I. in turn points out the following problems on the Subsoil Use Law. The first concern is the strengthening of the position of the government in relation to the subsoil use in relation to the aspects of public interests and civil (private) relations.  There also has been the strengthening of administrative and other imperative provisions on the Subsoil Use Law. Secondly, it is not clear why there is a requirement to include 27 pointsinto the contract on subsoil use which relate to the provisions on taxation and accountancy, the only justification being the threat of concluding the contract void, as they are already present in the Tax Code 2013 and included in the legal provision on accounting.

Thirdly, why the requirement on inclusion of the penalty sums into the contractual clauses, arising from the failure of the subsoil user to fulfill his contractual obligations, is constructed as imperative norms? This contradicts to the principle of freedom of contract where the parties themselves decide whether to include the requirements on penalty sums or not. Therefore, it is not clear why the provision on the penalty sum is formulated as an imperative norm and the amount of sanctions is not defined.

Fourthly, there are foreseen unequal positions between the government and a subsoil user. The situation relating to the termination of contract on subsoil use when the government unilaterally terminates the contract (section 72 of the Subsoil Use Law) serves a good example of this argument.

Next, section 3 Article 71 of the Subsoil Use Law is one of the most controversial due to its inconsistency. It provides the following: “in cases if the subsoil user conducts its activities using subsoil plots that have a strategic purpose, which lead to the changes of economic interests of the RK or threaten national security of the RK, a competent body has the right to demand amendments or additional provisions to the contract, including into the existing contract with the aim to restore the economic interests of the RK. How is it possible to logically and rationally explain such provision? Perhaps it is impossible from the point of view of the civil law. It is not difficult to guess what will happen after the subsoil user denies implementing such requirements. Therefore, what about the principle of equality between the parties, governed by the civil law on the freedom of contract etc? 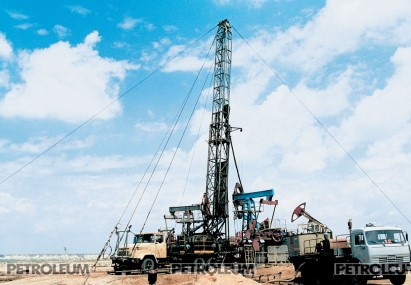 [1]From the point of long term economic policy, it would be inappropriate to rely solely on the country’s resources. Also, Kazakhstan needs to develop consumer goods industry, food processing industry and heavy industry.

[5]Shtopol S.A “Some issues on the legislation in the area of subsoil use” http://www.kursiv.kz/examination/details/Blogs/Nekotorye_voprosy_zakonoproekta_v_sfere_nedropolzovaniya/

[11]The right on land use is the right of a person to own and use the land plot, being possessed by the government, for the indefinite period (permanent ownership) or within a given time period (temporal ownership) on compensated or non – compensated basis.

[12]Illyasova K.M. “Current issues on subsoil use in Kazakhstan in the light of the project on the Subsoil Use Law” p. 5.

[13]Illyasova K.M. “Current issues on subsoil use in Kazakhstan in the light of the project on the Subsoil Use Law” p. 5.

[15]Illyasova K.M. “Current issues on subsoil use in Kazakhstan in the light of the project on the Law on Subsoil and Subsoil Use”p.11.

[16]Illyasova K.M “Current issues on subsoil use in Kazakhstan in the light of the project on the Law on Subsoil and Subsoil Use”.