Devaluation of Tenge and Trust in the Government

What was the reason for early elections?

The mystery of the early presidential elections in Kazakhstan (see “ Elections. Afterwards ” Petroleum, issue #2-2015) has been solved. After April 29, the day of the elections, the country’s economic situation began to deteriorate even more rapidly. Obviously, at the beginning of the year the government seriously worried that by the winter of 2015-2016, the financial and economic situation in the country could become extremely dire, driving the public’s dissatisfaction and threatening to disrupt the elections. Therefore, the early elections were mostly about economics.

Back in March of this year, speaking as a moderator during the annual CFO Idea Exchange & Networking Event summit for financial professionals, I said that the early elections meant the government had plans to devalue tenge before 2016, specifically after the elections or after the President’s birthday (July 6). Since the end of last year, the National Chamber of Entrepreneurs of Kazakhstan has been asking the government to take measures to support Kazakh producers in the aftermath of the plunge of the Russian and Belarusian roubles, which opened the Kazakh market to cheaper products from these two members of the EEU. Once tenge was floated, President Nazarbayev said that the floating exchange rate was implemented at the request of the Kazakh business community. Thus, the President acknowledged that the National Chamber of Entrepreneurs carried a lot of clout. Mr. Nazarbayev also stressed that in addition to falling prices for oil, which is an important export for Kazakhstan, prices for metals also continued to decline. And this was unlikely to change for the next five years at least, the President said.

He also noted that a huge number of companies have seen their exports to Russia decline. On top of that, their products are being replaced by Russian imports even in Kazakhstan. According to the President, in 2015 this cost the budget 264 billion tenge in revenues. Therefore, he asked exporters to make sure the country has revenues in hard currency. The government was tasked to reduce the budget deficit to 1% by 2017. And the deficit should be filled exclusively by the use of internal resources. Which probably means that taxes will be raised to increase budget revenues.

It is also clear that by devaluing tenge the government wanted to support national commodity producers who, as exporters, benefit from a weaker tenge. In this regard, a 33.6% rise in shares of KazMunaiGas Exploration Production at the Kazakhstan Stock Exchange immediately after tenge plummeted was very emblematic. 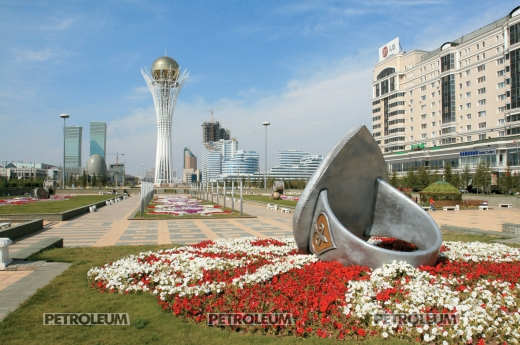 Prime Minister Karim Masimov said the reason why the government and the National Bank had to devalue tenge dramatically was that Kazakhstan might otherwise have to default. One of the key factors was a further decline in oil prices: it came as a surprise to the government which earlier this year expected the prices to rise above $50 per barrel. So now we are in a bizarre situation, where, despite the President’s demands to the Government and the National Bank to improve the country’s prospects on foreign markets, no progress has been made so far.

For instance, back in June 2009, National Bank Chairman Kairat Kelimbetov said that oil in 2015 would not cost more than $65 per barrel. “...The forecast, speaking long-term, is very conservative,” he said. But already in August, blaming the bad situation in Russia, low oil prices and devaluation of the Chinese yuan, Prime Minister Masimov also noted that the price for oil might fall by another $10 if sanctions imposed on Iran were lifted. During a meeting with members of the government, the President said that in the new economic reality, the country had to be ready for a future where oil would cost $30-40 per barrel.

At the same time, the public was dismayed by the government’s decision to float tenge. On the one hand, many ordinary people and businesses in Kazakhstan converted their tenge savings to dollars at the end of last year. On the other hand, the shock came not so much from the devaluation of tenge, but from the fact that officials and the President himself had been convincing the public that there would be no dramatic exchange rate fluctuations because the situation was under control. Many Kazakh people felt cheated again. In order to reduce social tensions, the President announced that on January 1, 2016 salaries for public officials, pensions, welfare benefits and student allowances would be raised. Tenge deposits of up to 1 million tenge would be indexed. The President also demanded that the government should make sure that food prices remain stable. But, as experience shows, such measures only push up the inflation. Besides, another factor causing higher inflation was the government’s decision to float gasoline prices.

The devaluation held amid assurances by the President and the government that it would not occur debased both tenge and public trust in what the authorities say and do. What makes things even more irritating are numerous corruption scandals with high-ranking officials. The fight against corruption in Kazakhstan is mostly a show-off, because it only targets particular members of the elite, who became victims of the struggle inside the elite itself. For example, former Prime Minister Serik Akhmetov, whose case is currently being heard in court in Karaganda, might well be the victim of such conflicts: the charges he is facing can easily be made against any high-ranking official in Kazakhstan. Including many current governors, as well as members of the government. Serik Akhmetov became a loser in a high-profile conflict, so he was neutralized.

As for the arrest of Talgat Ermegiyayev, former chairman of the Executive Board of state-owned Astana EXPO-2017, it was very important for Kazakhstan’s international image. EXPO was about large construction projects, so obviously corruption was implied. Ermegiyayev is facing corruption charges, although, as experience shows, he could have been removed by competing elite groups, who wanted to gain access to the large construction budget of this expensive initiative. After all, with the government’s spending on various projects being cut, EXPO still remains a priority in terms of funding.

In this dismaying situation, Kazakh authorities had to admit that the economic situation might get even worse. As the President said in early September speaking at Agroforum in the Akmola Region, the country must be prepared for a situation, where the global economic crisis continues for more than one year. Therefore, everyone should be ready to tighten their belts. Finance Minister Bakhyt Sultanov noted a significant fall in budget revenues: “Imports declined by 38%, resulting in a 50% fall in customs duties paid to the budget.” The oil price has fallen by 50%, so budget revenues from export duties also declined. All in all, budget revenues fell by 22%.”

As for countermeasures, the President said during his inauguration that Kazakhstan was facing five economic challenges. “I see the country facing five large-scale internal challenges. Firstly, we need to increase the proportion of the middle class as a pillar of our stability, promote and save businesses. Secondly, we are a huge country, so we need to develop a single domestic market and achieve balanced regional development. Thirdly, the fight against corruption will be one of our major priorities. Fourthly, creating new jobs. For this end, we are working on an industrial program, the business is growing.

Fifthly, strengthening the national unity at this new historical turn,” said Mr. Nazarbayev. According to the President, these are the main challenges facing the statehood in the twenty-first century. The President of Kazakhstan believes that supporting key industries with competitive advantages should become a priority. At the same time, back in July this year Mr. Nazarbayev said the National Fund would no longer sponsor the economy, except for the annual contribution of $2.3 trillion tenge. This was confirmed by Prime Minister Karim Masimov, who believes that “...we might have to cut spending, but we will not borrow from abroad. We will live within our means.”