“KazMunayGas”, acquiring refineries in Europe few years ago, has set a difficult task: to develop advanced refining, to produce high-added value products, to bring Kazakh oil in the form of the finished product to the "fuel nozzles" at the gas stations. It was also important to show that Kazakhstan is capable of not only the extraction of crude oil, but also of the production of high quality petroleum products for Europe.

It was necessary to get away from the image of Kazakhstan as a manufacturer of solely crude oil and bring that oil in the form of a finished product to the end consumers. Simply said, bring it up to the fuel nozzles of the gas stations.

In 2012, the main shareholder - "KazMunayGas" - had set for KMG International very serious tasks. It was necessary to develop activities with higher added value than in the field of oil production: oil refining, petrochemicals and related services, the so-called "midstream" sector (transportation of oil and petroleum products) and the "downstream" sector (refining and selling).

It was necessary to get away from the image of Kazakhstan as a manufacturer of solely crude oil and bring that oil in the form of a finished product to the end consumers. Simply said, bring it up to the fuel nozzles of the gas stations.

The major challenge for the management was that they had to do it on the most congested market in the world, that covering Europe and the Black Sea region with a large number of players, and competitive pricing with high quality fuel.

It was not easy for the young company to gain a foothold in the European market with its high level of competition. However, over 4 years KMG International managed achieving and increase throughput performance, and profit growth.

Independent consulting company recorded improvement in another benchmark - the energy intensity index (EII) of production from 115% to 98.6%.

This indicates that KMG International adapted to work in the difficult conditions of the European market and continues to pursue its ambitions.

Changes for the better

To implement the ambitious targets, first of all, it was necessary to revise approaches to the overall efficiency and convince staff of the need for qualitative changes. After all, the performer must believe in the idea, which he brings to life.

One of the first initiatives of the new management of the yesterday's "Rompetrol" was the program «Change for Good». It was launched in August of the year 2013. The program reflected the company's commitment to improving their own efficiency. Strategy of the Group was revised, and privileged directions were identified in the chain for creation of added value:

This allowed each business unit to focus on a specific direction, to ensure perfect results. At the operational level, the implementation of strategic objectives was through projects of improving efficiency initiated in all divisions and affecting every business function.

One example of an intensive launch of the «Change for Good» program was improving operational efficiency of «Petromidia» refinery and the reduction of energy consumption, which brought the company $4.5 million after the first year of the program implementation. 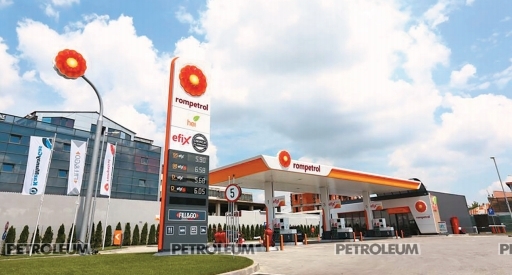 «Change for Good» subsequently developed into a large-scale program of transformation.

During 4 years the company has managed to develop a range of oilfield services, increase profitability and, last but not least, to prove the Kazakh oil brand in Europe.

Today KMG International is present in 12 countries and has 40 subsidiary companies, which employ about 7,000 people.

The group consists of:

At the end of 2015, Chinese energy company CEFC has acquired 51 percent stake in the group. "KazMunayGaz" has received considerable profit from the transaction.

Today KMG International is present in 12 countries and has 40 subsidiary companies, which employ about 7,000 people.

All the goals set in 2012, the company achieved in 2015. This year has pleased with the highest rates. EBITDA reached $162 million, and operating income was $4.7 million.

Results for the first half of the year 2016 again confirmed that KMG International is on the right track. Net income from operating activities amounted to $32.3 million, which is six times more than the same period last year. EBITDA for the first six months of 2016 reached a record level of $104.6 million, which is $22.7 million or 28% greater than for the same period of 2015.

If we take into account that in 2012, when the new management commenced to work, the consolidated EBITDA level amounted to only $79 million, and net loss was $156 million, it is not difficult to calculate that in 2016 EBITDA increased almost 3 times.

And these impressive results have been achieved despite the extremely unfavourable global conjuncture of the oil market. Even in such a situation KMG International managed not only to get positive balance, but also to show best result for the last 7 years. 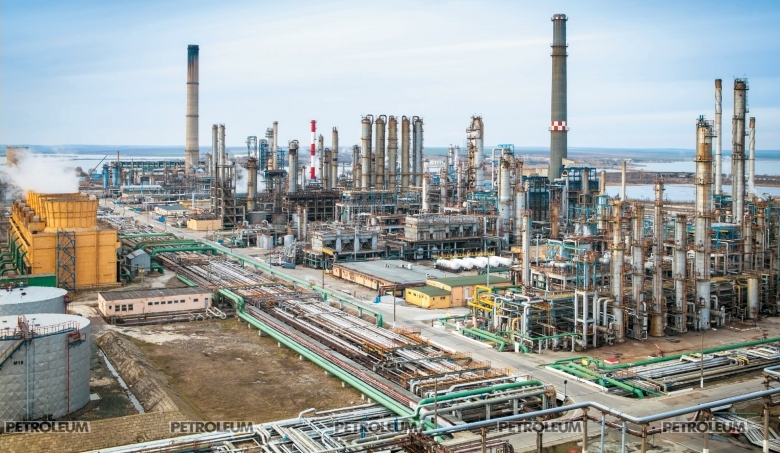 Of course, the improvement of financial and operational performance has been made possible thanks to major investments in the modernisation of the company's assets and the development of the entire business chain.

The whole business of KMG International is built around oil refining. Owing to the transformation program, Petromidia is now number one refinery in Central and Eastern Europe in terms of operational efficiency.

During the first half of 2016 the Petromidia plant set a new historic record for daily rate of raw materials processing to 15,340 tons. In total, over 6 months, the plant processed 2.79 million tons, which is 4.3% more than the same period last year.

All Petromidia products comply with Euro-5. The output of diesel and aviation fuel in the first half of 2016 amounted to 51.5%. While on average this indicator is at the level of 45.7% on the central and eastern European markets.

Under the program for improving the efficiency and optimisation of production units, the processing costs have been reduced to a minimum level of $16.8 per ton. Production capacity of Petromidia refinery increased to 96.8%, compared to 96.1% in 2015.

Romanian plant initially was not technically ready for processing of Kazakh oil. In 2010, a full-scale re-equipment of the refinery had begun so it can process crude oil with high sulphur content. Re-equipment had solved another issue to establish production of petroleum products in accordance with the norms of Euro-5.

All these works were carried out by another "offshoot" of KMG International - Rominserv, which is dealing with complex industrial EPC projects (engineering, procurement and construction).

And in 2015, Rominserv has successfully completed the scheduled overhaul of the plant. All works were carried out on schedule, and with savings of 8% of the planned budget. As a result, mechanical availability of Petromidia plant has increased from 95.87% in 2014 to 96.87% in 2015. Today, with this indicator the Petromidia refinery is confidently among the leaders in the European market.

The transformation aimed at improving the efficiency, extends in all companies of the National Welfare Fund "Samruk-Kazyna". It started in KMG in 2013 and has become the main engine of positive changes in the company.

In modern conditions, oil and gas companies cannot stay competitive without a constant search for know-how, introduction of innovative technologies in the production and continuous improvement of business processes. Business transformation program in the KMG International Company is a large-scale project, which includes a number of initiatives. Below are several words on the most important of them.

Transformation program is a complex and multi-faceted project that involves both direct and indirect economic benefits. For example, only 6 months of the current year, the transformation initiatives have shown impressive results in the amount of $15.8 million, with expectations for the year are estimated at $22.7 million, and from 2013 until the end of 2016 the total amount of direct benefit by implementing transformational initiatives will amount to about $120 million.

It is expected that by the year 2020 the benefit of the transformation implementation will be $235 million.

Our petrol in the European filling stations

In the retail segment, the KMG International Company is represented in Romania, Moldova, Bulgaria and Georgia under the brand of Rompetrol.

Produced at the Petromidia refinery, fuel brand «Efix» (Euro-5) is the most famous fuel brand in the Black Sea region. And already, according to market research, the brand awareness of the widely recognised and reinforced its position in Romania and abroad the gas stations brand - Rompetrol has increased by more than 20% in the last year.

Petromidia plant occupies first place in the ranking of refineries in Central and Eastern European countries in terms of operational efficiency.

These results were achieved, including through the large-scale program of re-branding the retail network: 160 stations obtained a brand new exterior appearance that meets the requirements of the modern customer. In addition, six new petrol stations were built.

All these initiatives have led to a record high sale in Romania, Moldova, Georgia and Bulgaria of up to 2.64 million tons in the year 2015.

All these initiatives have led to record-high sale in Romania, Moldova, Georgia and Bulgaria of up to 2.64 million tons in the year 2015.

KMG International expects that Kazakhstan's oil and oil products of high quality Euro-5 will be available at more than 1,000 gas stations in Europe and the Black Sea region within 7 years.

In the coming years an active development of KMG International business will be concentrated in the Black Sea region, where the biggest market remains the Turkey. Now the company's experts are working on entry into the Turkish market and are looking for opportunities to expand the supply of oil products from the Petromidia refinery resources.