As business globalizes and Kazakhstan joins the WTO, secondment and other forms of leased labor1 are going increasingly popular. 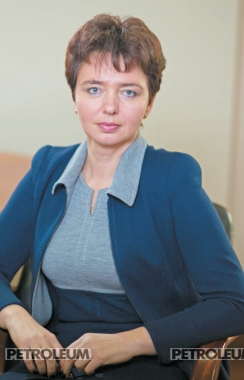 Leased labor gives companies a number of notable advantages. Using leased labor, the host (receiving) company can cut its staff number, payroll taxes and the costs of opening offices in the regions and focus resources on its core business, outsourcing certain operations that are non-core for the company. By seconding its employees to another organization, the seconding company can preserve its payroll staff number during idle times. Actually, the leased labor enables both parties to organize the exchange of experience and advanced training for the employees.

Still, however attractive the leased labor may seem, practice shows that given the poor statutory regulation it is fraught with legal risks, because, whilst not disapproving of secondment in principle, Kazakhstan's labor law, unfortunately, does not always flexibly respond to messages from economy. Risks are particularly topical in cases of foreign employee secondment, which is in most popular demand in today's Kazakhstan labor market and, accordingly, often practiced, for example, in the oil and gas sector. We will try to look into how the mechanism of secondment works in Kazakhstan and how the local experience correlates with the global practice in this area.

Until recently, leased labor has been actually outside the legal framework in many jurisdictions worldwide. First attempts to legalize and regulate the leased labor were made in the 1990s. For instance, a 1994 Luxembourg law contained a special section describing the procedure for temporary secondment of employees to other enterprises.

The International Labor Organization recognized the leased labor in 1997 by adopting Convention No. 181 on private employment agencies, which acquired the right to recruit employees with a view to making them available to a third party.

South Korea is one of the countries supporting leased labor to the maximum: in 2007, Korean recruiting agencies were actively advocating the effectiveness of the relevant mechanism, leading to the enactment of the law on temporary worker rights protection. As a result, South Korea is a world leader in leased labor with some 35% Koreans out of the 15 million able-bodied population working under civil law contracts.

In North America the leased labor mechanism served to mitigate unemployment during crisis, increasing in 2008 practically twofold the number of Americans working without "direct" employment agreement (i. e., under a secondment contract). In Canada the province of Ontario took the lead to support the leased labor by adopting the Bill 139 establishing guarantees for temporary employees and providing for agency fees in case of direct employment of a temporary employee.

The Russian legislation was added, starting from 2016, with special regulations relevant to leased labor, legalizing only two of its forms – outsourcing and outstaffing (under a staff leasing contract); the latter option being available only with participation of a duly accredited recruiting agency.

Secondment was first mentioned in the Kazakh legislation in 1993 in the context of the state apparatus activities. Later in 2001, the term "secondment" also appeared in commercial legislation governing foreign labor engagement issues. It signified importation of foreign labor into Kazakhstan without obtaining a special work permit and on condition of concurrently sending local personnel abroad to complete advanced training. In 2012, this legal concept was substituted by a new one – "corporate transfer" – adding, starting November 2015 due to Kazakhstan's accession to WTO, the "intra-corporate transfer."

Conditions of Secondment in Kazakhstan

Pursuant to the current Kazakh labor legislation, secondment means employee's performance of work for another employer in the employee's own or another specialty (position, labor function, or qualification).

Secondment is formalized by executing a number of documents, including as follows: 1) agreement between the seconding company and the host company; 2) trilateral agreement among the said companies and the secondee; and 3) a supplementary agreement to the secondee's employment agreement.

Written Agreement between the Seconding and Host Companies

The agreement must set forth:

It is recommended that the agreement: