The government has developed a new Tax and Custom code project.

According to Ministry of Energy of Kazakhstan 36 out of 60 oil producing companies of the country have closed 2015 Y with minus. Though the oil price situation has become better in comparison previous year, the sector which is appeared to be the main budget contributor and source of revenue to National fund, is needed in government support actions.

Last year 39 low-rated oil and gas fields in the country already received a tax exemtion for fossil minerals production, besides the tax rate in some cases became equal to zero. Basically the total tax take for these companies has been reduced approximetly to 8%. Another support was a decision about implementation of floating rate for export customs duties starting from March 1 of current year and its peg to the world price of oil.

Now the government determined to move along – and immediately change the taxing approach of the sector in the whole, due to which in autumn of current year it has been planned to implement a new combined Tax and Custom codes project to Parliament. A special working group under the Ministry of National Economy had been worked on the project since January 2016, it had been discussed among sector associations and expert groups many times. On April 7 the project conception of Code of the RoK «About taxes and other obliged payments into budget and custom regulation (Tax and custom code) was approved by interagency committee.

As indicated in conception of National Economy Ministry, the main objectives of combining the tax and custom bodies in Kazakhstan in due time were to improve government revenue administration, to reduce the load to business and government expenditure, as well as to enhance the efficiency of government services. Achievement of set goals is not allowed due to existing incoordinate business processes inside one state body because of differences in tax and custom administration, based on different regulatory system. 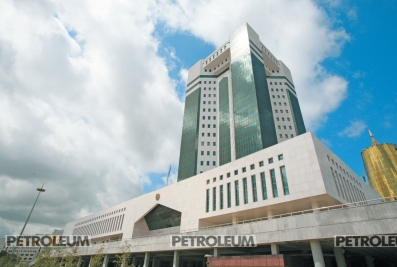 Daulet Ergozhin, Head of Government Revenue Committee explained that there were differences in accounting, levy, performance of revenue control, appeals petitions, provision of services and etc. Therefore there is a need to combine the Tax and Custom codes. Besides, Head of Government Revenue Committee stated that the committee had conducted an anlysis of existing administration order and a decision had been made that 30% of business processes could be removed and up to 50% could be optimized.

At the meetings of working groups the following suggestions on subsurface users taxing reforming have been proposed and approved in the whole: