25 Years – Period of Reforms and Achievements 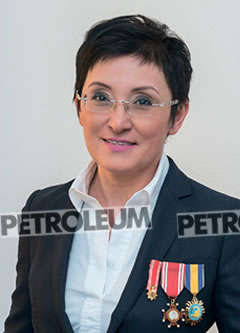 For more than 25 years of independence, Kazakhstan made a solid foundation to create the state of social welfare. Kazakhstan achievements in all those years were made possible by virtue of correct and deeply supported constitutional policy pursued from the very first days of independence by N.A.Nazarbayev - the President of the Republic of Kazakhstan.

Health care system was significantly improved during the implementation of Salamatty Kazakhstan State Health Programme for 2011-2015; the set of modern mechanisms was implemented and a range of structural transformations was performed.

In general, the health of Kazakhstanis for the last decade improved significantly. This became possible mostly by the reason that Kazakhstan managed to build the health care system close to the global standards.

During the period of independence establishing, our country has attained the significant successes and achievements. Kazakhstan today is the country with stable market economy. The course taken by the government implies economic and political modernisation, implementation of innovations and high technologies that allowed the state to integrate into the global economic system.

For 25 years of development, Kazakhstan has entered into 50 most competitive countries of the world. Now there is a goal for Kazakhstan to hit the thirties of the most developed countries.

The Constitution of 1995 consolidated the statute concerning the social nature of state. Kazakhstan selected the path of effective evolutionary development. This was the informed choice of people based on Kazakhstan 2050 Strategy of Development and essentially important President’s Letters focused on the creation of strong external and internal prerequisites for well-directed, stable, and dynamic development of the state.

Since the time when Kazakhstan acquired its independence, it has come through a long and hard way of the establishment of legal base, economy, and social welfare. Today, the main achievement of Kazakhstan is the acknowledged position of our state in the global arena with sustainable growth of economy and quality of life of population. As N.A.Nazarbayev once noted, “Kazakhstan shall become one of the most secure and comfortable countries for living. All our actions to achieve the main purpose of Strategy for 2050 shall follow the clear principles. One of those principles is the principle of welfare reinforcement for Kazakhstani people that implies that social welfare of common people shall be the most important indicator of our advancement to the main goal.”

Global experience shows that investments into the nation’s health create both economic and social benefits, i.e. responsibility of a citizen towards themselves, their family and state, and social cohesion. Investment into people’s prosperity includes a wide range of possible trends, one of which is transformation of social economy subsystem that touches upon the health care as the element of a system designed for human capital recovery and reproduction. 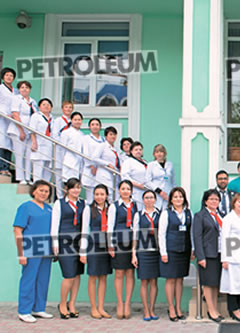 Technologies of investment into the health care have little difference with standard approaches used in other sectors of national economy. One of the forms of financial investments into the development of health care system is the practice of interaction with private-public partnership. This programme allows combining the opportunities of state and public business in a quick and quality transfer to the next level of health care sector.