Head of the Association of Oil Service Companies,Rashid Zhaksylykov: «We are Looking Forward to the Development of the Kalamkas-Sea» 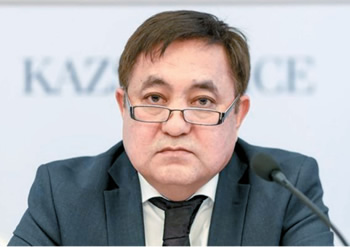 Development of the offshore field Kalamkas-sea can begin soon in Kazakhstan. The project, cost of which is estimated at $7 bln, based on the complexity and level of investment is comparable to the giant Kashagan. And it is possible to speed up its implementation using the already accumulated experience on the shelf. Chairman of the Presidium of Association of Oil Service Companies of Kazakhstan, Rashid ZHAKSYLYKOV, talked about the prospects for the most long-awaited projects in the country’s oil and gas sector and the development of the domestic oilfield service companies in an interview with Interfax-Kazakhstan.

–Recently it became known that a project to support the oil rate-plateau will be implemented at the Karachaganak field. What are the chances of domestic oil service companies to participate in this project? Will they also be able to participate in the construction of the fourth refinery and Saryarka pipeline?

– All mentioned projects are interesting, but at the moment they exist as a concept. To date, FGP-WPMP project (Tengiz field expansion project – IF-K) of Tengizchevroil consortium has got a real start with a third generation plant.  All tenders are awarded and general contractors selected. Therefore, the Association is actively working in this direction. And the amount is impressive, all these projects will not dwarf even one third of the cost of expansion of Tengiz. There is $38 bln, in addition, this means new skilled workforce, new businesses, new technologies. Therefore, at present, the domestic business is more involved in real mode, in real FGP of TCO.

With regard to the expansion of Kashagan, it is happening. Now they want to increase production up to 450 thousand barrels per day. This level is achievable, and not much money will be poured in it because the reserve was already calculated when the facility was commissioned. Maybe there will be small details, but nothing big is expected so far. The only thing that we anticipate from NCOC (Kashagan operator – IF-K) is the development of the Kalamkas field. This will be a field identical to Kashagan, and the investment package will be very large. We expect probably around $ 7 bln, if Kalamkas is put into service.

–7 billion dollars isan investment in the development of the Kalamkas-sea?

– Yes, the investment in the project implementation. The concept seems to be already approved by investors, the head of state is interested and the support of the Kazakhstani side has been officially announced. Now the work is conducted at the level of lawyers and financiers.

As for the gas distribution network development of Astana, I don't think that Kazakhstani business will be able to earn from this and develop.  Yes, it can support it, but many companies will not be involved there. We have so few companies that can compete in the construction of the gas pipeline, there is a unique welding needs to be done, this is a very dangerous business, so there will be a strict selection. Companies (service – IF-K), that are on the market, most likely, will not pass. Will definitely use the services of foreign companies, but in this project, of course, we will "test out" our domestic companies as well.

–Is it possible that NCOC will start developing the Kalamkas-Sea field in the next few years?

– Yes. In terms of complexity and volume of work the project is comparable to Kashagan. The head of state asked not to delay it. Our country faces the task to increase production to 125 million tons of oil per year by 2024. With what reserves can we do this? We are hoping for the Tengiz expansion, we are hoping for Kalamkas as well.  So far I don't see other options.  You know perfectly well that in other regions, Kyzylorda, Aktobe, Mangistau, there is a decline in production. Investors do not want to invest money in development, because all strata are worn out but geologists are running behind. Over the years in pursuit of expansions of the existing fields, we forgot about the geology.

We have probably overcome the level of complexity because we built Kashagan and have huge experience. How unique was Kashagan? Let us assume that before Kazakhstani companies were always involved in onshore projects.  We have passed three stages from the Caspian sea to the Karabatan: water, marshland and dry land. And if we had some experience onshore, there was no experience with offshore and swamps. You know the history of Kashagan, which began 10 years later than it was stated. If the Kalamkas is launched, then introduction of the object will be fast. First, we know companies that can do it, and investors of Kashagan already have diplomatic and friendly relations and can agree on things quickly. Meaning that currently the NCOC team has been formed up.

-How successfully are local oilfield service companies now working at Kashagan and what are their prospects at the Kalamkas? Can they expect complex large-scale work?

– In the past year the government is taking great care of domestic business and protecting it.  Now if you want to participate in big tenders – more than 30 million dollars, you must have a joint venture with the Kazakhstani company.

This is the PSA requirement (PSA LLP, acts as an authorized body in the production sharing agreements for the North Caspian and Karachaganak projects – IF-K), a supervisory body established by the Ministry of Energy. It refers specifically to NCOC and KPO (Karachaganak Petroleum Operating). That is, the tenders of these companies worth more than 30 million dollars may not be awarded without approval of PSA. It has the right to veto and not to approve of a tender. And the practice is there, we feel it currently.

–Does this not contradict the regulations of the Product Sharing Agreement (PSA)?

- It seems to me that the interest of Kazakhstan, rather than the investor, will be more and more taken into account every year.  The world practice proves it. For example, the Saudis. Initially, they gave 95% to investors, and other 5% remained with the Saudis.  Today, by contrast, 95% remains with them, and only 5% goes to investors. Norway has gone through this as well. Nothing wrong with that, and we need to overcome too. 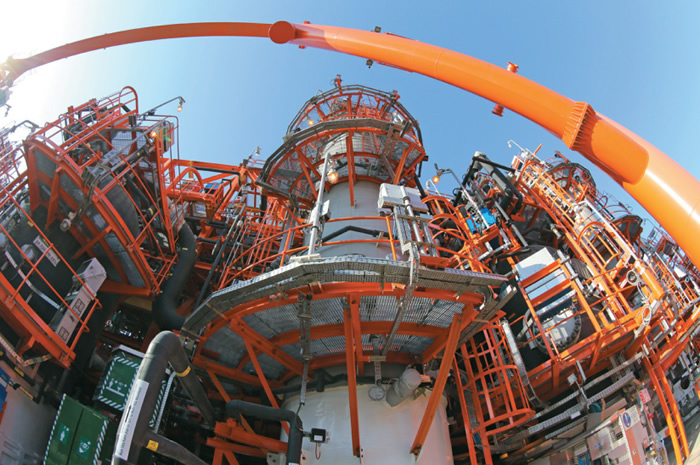