The Energy in the Name of Future 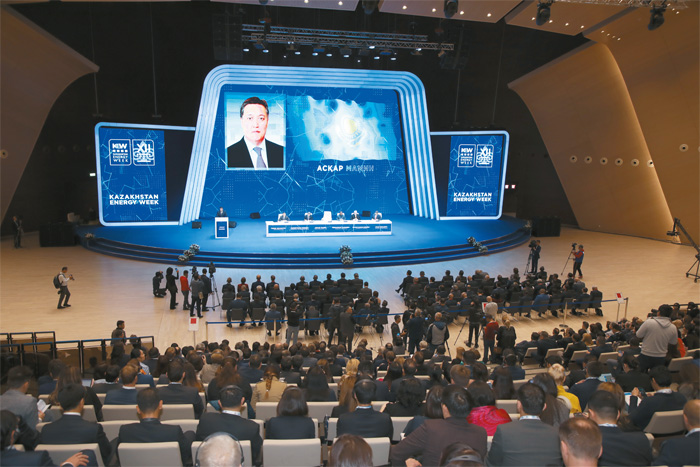 Kazakhstan intends to become one of the world leaders in oil production – this was the key message of Kazakhstan Energy Week-2019, held at the end of September in Nur-Sultan. 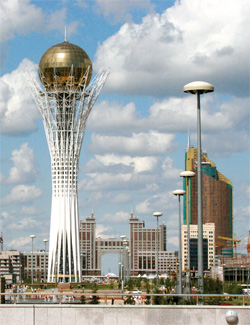 The key event of the week was the XII Kazenergy Eurasian Forum, in which panel sessions, conferences, round tables heard a variety of expert opinions and discussed topical issues of development of the energy industry. The forum was attended by 2.5 thousand delegates from more than 50 countries.
During the opening ceremony of the forum, Prime Minister of Kazakhstan Askar Mamin noted that Kazakhstan increases the efficiency and productivity of traditional energy sources, as well as systematically strengthens its position as a regional leader in the field of renewable energy sources.
According to the Prime Minister, today the country produces about 90 million tons of oil per year, which makes Kazakhstan one of the world's 15 largest producers. Specific plans have been developed to increase production in the coming years by means of the three largest fields: Kashagan, Tengiz, and Karachaganak. "In 2019, we plan to refine 17.2 million tons of oil against 14.9 million in 2014," – Askar Mamin also said. – This will almost completely cover our domestic needs for a number of oil products. Natural gas production is expected to exceed 55 billion cubic meters this year. At the current rate, we will produce more than 80 billion cubic meters by 2027."
As for "green energy", the Prime Minister said: "Since the Expo in our capital in 2017, Kazakhstan has achieved significant success in implementing comprehensive "green" measures in the economy. To date, we have expanded our renewable energy portfolio to more than 3,000 megawatts. In the first 6 months of 2019 alone, production in the sector increased by 31.7%." 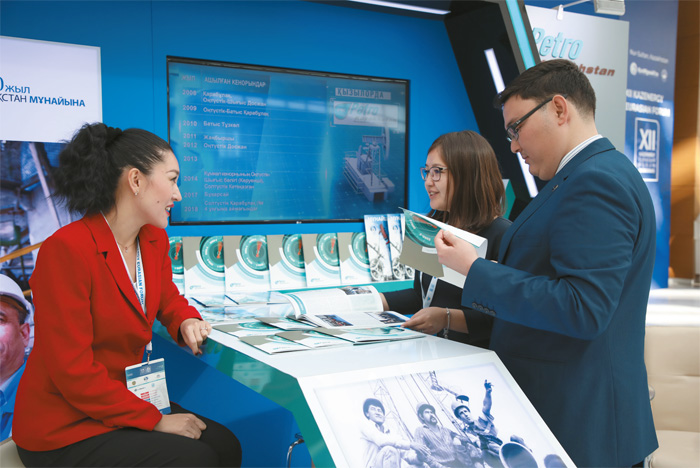 Among the many honored guests of the forum this year, Secretary General of Organization of the Petroleum Exporting Countries (OPEC) Mohammad Barkindo flew to Kazakhstan for the first time. "Our research suggests that the oil and gas industry will prevail. Oil and gas will remain the largest share of energy until 2040, – he said, speaking to the delegates of the Kazenergy Forum. – We also expect a large increase in production in the long term – it is expected to increase by 112 million barrels per day by 2040. Most of this volume will come from developing countries with rapid population growth and strong economic growth."
Under these conditions, each oil-producing country will certainly seek its own benefit. Including Kazakhstan.
The forum hosted an interactive discussion "The future of oil: reality and forecasts", where the issues of oil consumption in the world, the geography of supply and demand in the coming years, as well as further cooperation within OPEC were discussed. The Minister of Energy of the Republic of Kazakhstan K. Bozumbayev, Secretary General of OPEC M. Barkindo, Chairman of the Board of NC KazMunayGas JSC A. Aidarbayev, Senior Vice President of ExxonMobil Upstream Oil & Gas T. Schuessler, General Director of Eni S.p.A. A. Puliti and other representatives of the world's oil and gas companies took part in the discussion of urgent topics of the oil and gas industry. 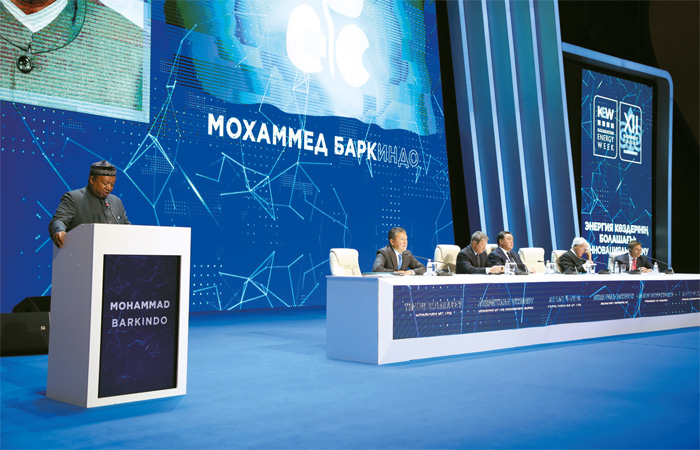 Opening the discussion, Energy Minister Kanat Bozumbayev noted that Kazakhstan will comply with the OPEC + agreement on limiting oil production, but in the future will continue to increase volumes: "Kazakhstan is committed to its obligations. Until the end of this deal, we will remain in the corridor that we guaranteed to our colleagues. We hope that this deal, in one form or another, will continue. This is the right initiative. I want to make a statement that we, as a responsible partner, will fulfill our obligations. We believe that in the medium term we will continue to implement our major projects. This is, first of all, the expansion of Tengiz, the growth of production in Karachaganak, the increase in production in Kashagan. We assume that within the framework of OPEC+, of course, we will fulfill our obligations, but in the medium term we will increase the volume of oil production by 2023-2025." 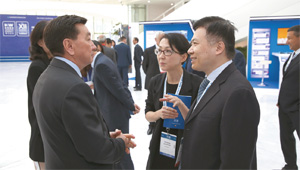 Huang Xianxiong, President of PetroKazakhstan, one of the main players in the Kazakhstani oil market, commented on the results of Kazakhstan Energy Week-2019: "Our company annually participates in the Kazenergy forums, this is a very popular dialogue platform, where the leading companies of the energy sector are represented, the state bodies of the country are represented at a high level. This is an excellent opportunity to get acquainted with new solutions and ideas in the oil industry and to share our experience. It is already known that in 2021, it is planned to hold World Energy Week in Nur-Sultan, which will allow seeing the prospect of further development of world energy."
In honor of the 120th anniversary of Kazakhstan's oil in a solemn atmosphere for the contribution to the development of the energy industry, honorary medals from Ministry of Energy of the Republic of Kazakhstan were awarded to OPEC Secretary General Mohammad Sanusi Barkindo, Chairman of the Arctic Circle international forum, President of Iceland (1996-2016) Olafur Ragnar Grimsson, President of the Association of Petroleum Geologists of Kazakhstan, veteran of the oil and gas industry Baltabek Kuandykov, General Secretary of the Energy Charter Secretariat Urban Rusnak, Deputy Chairman of the Board for Oil Transportation, International Projects and Saryarka Pipeline Construction Daniyar Berlibayev, Deputy Chairman of the production Board of NC KazMunayGas JSC Zhakyp Marabayev, President of PetroKazakhstan Huang Xianxiong and other top managers of the industry.
The IV Forum of the Women's Energy Club and VI Youth Kazenergy Forum were held within the framework of Kazakhstan Energy Week-2019. As noted at the Youth Forum, the influx of educated new personnel into the industry remains among the priorities.
The participants of the discussions agreed that the completed Kazenergy Eurasian Forum provided an effective dialogue between the participants of the energy markets, gave an opportunity to discuss current trends and directions of development of the energy system. The prospects and strategic initiatives put forward in the framework of this event create favorable conditions for the dynamic and sustainable development of the oil and gas, and energy complex of Kazakhstan. 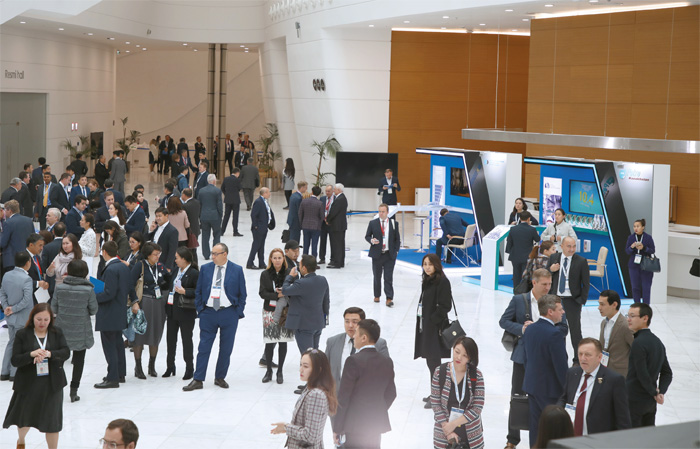