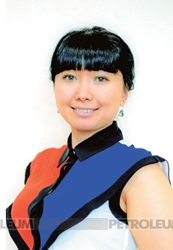 In keeping with GRATA Law Firm’s policy of informing clients regarding important legal developments that may affect their business, we would like to draw your attention to recent changes in Kazakh legislation in connection with the adoption of the new draft law entitled “On the Main Pipeline.”

The Ministry of Oil and Gas of Kazakhstan has developed a draft law entitled “On the Main Pipeline" ("Bill"), the main provisions of which are discussed in this review. At this stage the Bill is preliminary and may be subject to further changes. The Bill was introduced to Mazhilis of the Republic of Kazakhstan by the Government decree dated 30 March 2012.

The Bill represents an innovative development in the legislation of Kazakhstan. At present, the status of pipelines is subject to the following legal acts: the Law of the RK "On Subsoil and Subsoil Use" dated June 24, 2010, the Law of the RK "On Gas Supply and Gas" dated 9 January 2012, the Law of RK "On Architecture, Town Planning and Construction Activities" of July 16, 2001, the Law of RK "On Transport in the RK "on September 21, 1994, the Environmental Code of January 9, 2007 and other legislation. The Bill incorporates all this previous legislation.

In addition,it should be notedthat thebilleffects all legal relationsin the field of themain pipelinewhich have arisensince the adoption ofthe Constitution ofthe Republic of Kazakhstanin 1995and the relatedinter-governmental agreements. Thus,the future Law "Onthe Main Pipeline" willhave aretrospective effect to a certain extent.

Land Needed for the Pipeline 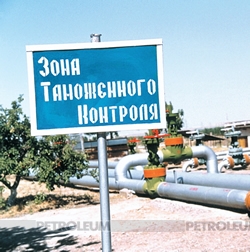 Under the Bill, the main pipeline is an indivisible property complex and may be in public or private ownership. It will be prohibited for a pipeline to be owned by individuals or by legal entities registered in accordance with the laws of a foreign state.

The Bill specifies that the main line consists of a linear part and the following objects: devices, equipment, structures, buildings and other structures associated with the land.  The linear part of the pipeline is a chattel. Structures, buildings and plants closely connected with the land that forms part of the pipeline facilities are real property.

The Bill also regulates issues relating to the status of the land required for the functioning of the pipeline, introducing, among other things, buffer zones for the main pipeline. It should be noted that previously such a provision regarding the status of land was absent from legislation and became the cause of various controversies. In respect of protection zones the Bill introduces a special regime of land use, which includes a feature that enables the operator to carry out repair and maintenance works on the pipeline within the protected zones. At that time the owner of the pipeline is not required to take and pay for the property, enter into leases or other agreements for use of land or water areas within the boundaries of the security zone along the pipeline route. 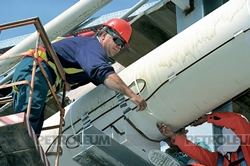 It should also be noted that the Bill focuses on the priority right of the State ("Priority Right") to participate in an amount not less than fifty-one percent in the projects of the newly created pipelines. The State reserves the right to implement a pre-emptive right of at least fifty percent of the projects of the newly created pipelines. The Bill stipulates that the priority right must be exercised within 2 months of the receipt of the offer. If the State fails to exercise the priority right, conditions for participation in the construction of the pipeline offered to other persons can not be more favourable than those initially offered to the State..