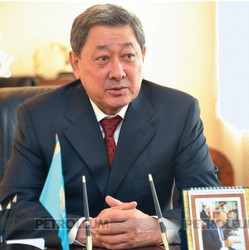 The Atyrau region is the main supplier of hydrocarbon raw materials in Kazakhstan. Soon, commercial development of Kashagan, the largest field discovered in the last 40 years, will start here. This will lead Kazakhstan to the world’s five largest suppliers of oil.

At the same time, the region should go through many difficulties, because completion of the construction of facilities of the North Caspian project will release thousands of jobs, while the start of the field’s operation will lead to environmental risks. Do the local authorities keep up with the decision of the region’s vital issues which are not limited only to oil production? Our talk with Baktykozha Izmukhambetov, Atyrau oblast Akim (head of regional administration), is about it.

- Baktykozha Salakhatdinovich, what is the current social and economic state of the Atyrau region?

- Due to the far-sighted and wise policy of the head of state, for the years of independence Kazakhstan has reached enormous successes. The country is developing with its economy becoming stronger. The Atyrau region also shows stable results of its social and economic development. The solution of the tasks set for 2013 will allow us to preserve rather high rates of the region’s development and to create preconditions for its sustainable and dynamical development in the next years.

- You have much experience of work at the Ministry of Energy and Mineral Resources of the RK and held the post of Akim of the Western Kazakhstan region. What priorities for yourselves do you see as Akim of the Atyrau region?

- The country’s President Nursultan Nazarbayev has set an important task on building the new economy. So, by his order, a number of governmental programs were elaborated and are operating in Kazakhstan, in particular, for the accelerated industrial and innovative development. Besides, important tasks are set in the “Kazakhstan-2050” Strategy announced by the head of state by solving which we can lead our economy to the new level.

We regard as of paramount importance social welfare of the Kazakhstani people. Therefore, as Akim of the region I need first of all to solve social demands of the population. Provision with kindergartens, qualitative education and worthy health services is a necessary minimum and a guarantee that the society will be engaged in creative work.

In this year, the construction of 16 kindergartens and 11 schools instead of those being under the threat of collapse will be commenced in the region, as well as the Palace of Schoolchildren and the Palace of Celebrations in Atyrau. Since this year the schoolchildren from low-income families and primary school pupils are provided with hot meal. In the past year, necessary equipment was acquired for school dining rooms.

Recently, by order of the head of state, the inter-regional educational centre for training and retraining of personnel for the oil and gas industry APEC Petrotechnic (Atyrau Petroleum Education Center) was opened in Atyrau. This Centre cooperates with the Canadian South Alberta Institute of Technologies (SAIT Polytechnic). Management and teaching will be conducted under the state-of-the-art technologies and standards that will allow the Center to train specialists of international level. As a confirmation to it will be two diplomas: of Kazakhstan and Canada.

The construction of the regional infectious diseases hospital, the new AIDS-centre and extension building to the children's hospital is under way in the regional centre. In this year, it is planned to begin construction of polyclinic for 250 visits, 12 rural medical outpatient clinics in the villages and the houses for doctors provided by the employees.

The program document of the head of state contains the main directions for building the postindustrial economy. We should open new enterprises, create new jobs and achieve new accomplishments. It is planned to put into operation in this year the pipeline fittings plant of Chevron Munaigas Inc., the sodium hypochlorite plant by Tuz LLP, the modular house building factory by ABC LLP and other projects.

The country’s president pays special attention on the issues of developing entrepreneurship. For example, the share of small and medium-sized businesses in Germany comprises 50 % of all produced goods. In some countries this figure is even higher. 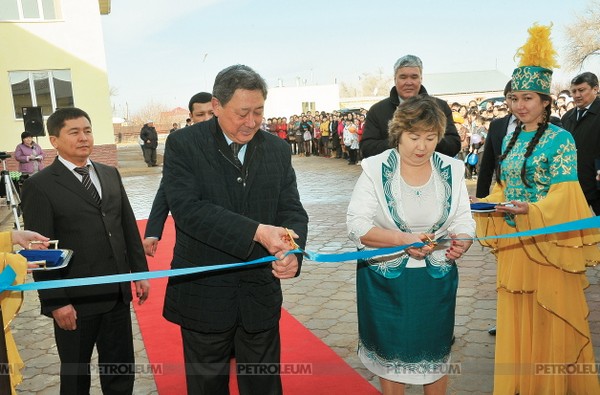 A task is set before us to involve the population into the entrepreneurship activity. Such governmental programs are run in the region as “Business-2020 Road Map” and “Employment-2020” which are gaining tempo and becoming the efficient mechanisms for state support of the existing and emerging entrepreneurs. In addition, industrial and special economic zones are being established in the region with the improvement of infrastructure of the business-incubator and creation of the entrepreneurship support center in Atyrau. A number of partner programs with the branches of the republican funds and corporations, as well as with large subsoil users are being implemented also.