Who Will Control the Kazakh Oil?

Evidently, it’s not an open secret that the authorized body in the person of the Ministry of Oil and Gas of the Republic of Kazakhstan controls a proportional parity of investors from among large geopolitical players. Moreover, possessing the right of veto, the Ministry has a possibility to regulate the presence of these or that countries in the Kazakhstan’s oil and gas industry. 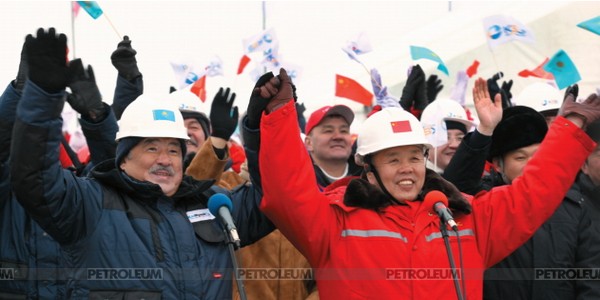 However, the complexity of calculating a share of this or that country in the industry consists mainly in the transnational nature of current businesses. A bright illustration to it is when the Kazakhstani investor comes to his country through the trust registered in the Netherlands. Or, for example, when the Kazakhstani official is a co-owner of the airport, the largest in the republic, but through the offshore jurisdiction in the Cyprus and in the UK.

Meantime, the analysts consider that by the autumn of 2012 the largest shares in the Kazakhstan’s oil and gas industry are held by the American and European companies: a little more than 40 %. China has over 23 %, while the Russian companies supervise up to 10 %. However, this calculation is approximate because at some European companies doing business in Kazakhstan – both in hydrocarbons and in solid minerals – the founders are the Kazakhstani citizens.

How usually does one enter the Kazakhstan’s oil industry

Foreign and domestic subsoil users receive a contract for exploration and/or production of useful minerals only under approval of the authorized body – the Ministry of Oil and Gas (MOG) – which will obtain on demand the exhaustive information on the company, its affiliated entities and even the sources of financing. Not going into greater details of the procedure in which local advisers are engaged for official fee, it can be said that МOG possesses the list of all legal or physical entities who are standing behind the subsoil users.

As we see on the example of Iraq, Libya, Iran, Saudi Arabia and other countries, oil is the most politicized type of energy carrier. Therefore, it is not surprising a thorough inspection which the Ministry conducts on each potential and even working investor.

For example, negotiations of the authoritative Norwegian Statoil on block Nursultan with the Kazakhstani companies and the Ministry were conducted for over 5 years as a result of which the Scandinavians preferred to leave.

Is the dragon’s thirst great? 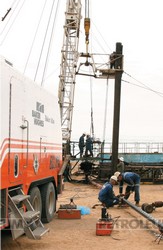 In the light of such precautions and an announced control from the Ministry, surprising is information of KazTAG News Agency sounded in the beginning of this year.

“Under preliminary estimates, by the autumn of 2013 the Chinese companies will control over 40 % of the Kazakh oil, and further, their share will reach half of annual production in the republic’s territory,” quotes the Agency an oil and gas analyst wished to remain anonymous.

According to our data, similar figures can be sounded in unofficial prospective plans of the Chinese oil and gas majors, however, the achievement of this level by the companies from China depends on a number of factors. One of them is insufficient awareness of МOG on the entire chain of investors which usually lasts from the field through a number of offshore companies to the final beneficiary.

KazTAG’s source considers that “after KazMunayGas Exploration & Production (KMG EP) will acquire from KazMunayGas the interests in Kazakhoil Aktobe, Каzakhturkmunai and Mangistau Investments B.V., the share of China will considerably grow, because China Investment Corporation and some other subsidiaries already possess almost 30 % in КМG EP.”