Timur Kulibayev, the chairman of the board at Samruk-Kazyna National Welfare Trust, JSC, has never been one to search out the limelight, but this summer he unexpectedly became the focus both of the Kazakhstani and the Russian media. The fact that the Russian press, though spoilt for choice, put this influential Kazakhstani oil magnate on their front pages shows that the events involved were one of a kind.

Our man in Gazprom 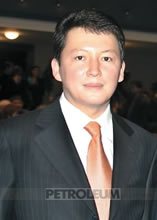 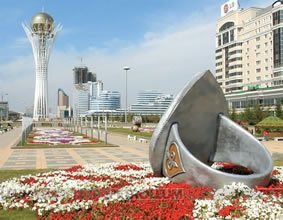 The message from KazEnergy Association (which is headed up by Mr. Kulibayev) says that the new team was assembled in connection with the decree of Russian President Dmitry Medvedev, which ordered the replacement of the state representatives on the boards of directors of 17 joint-stock companies "with independent or professionally qualified directors". Analysts explain this policy promoted by the Russian authorities as aiming to demarcate national and corporate interests, and it is hoped that the corporate giants will be made more efficient as a result.

It's worth mentioning that this is the first time ever that Gazprom's board of directors includes a representative from a different CIS country. Analysts have noted that this is a testimony to the value placed on Kazakhstan-Russia relations, both in Russia as a whole, and in the oil-and-gas industry in particular, and demonstrates the growing significance of Samruk Kazyna NWT in economic relations within the CIS. Mr. Kulibayev's appointment shows that the trust's authority is on the rise, and its role in having a positive impact on Kazakhstan's economy and on that of the CIS as a whole is seeing wider recognition. As well, it's a testament to Mr. Kulibayev's personal achievements, professionalism at an international level, and ability to make his own special contribution to the work done by Gazprom and its board of directors. 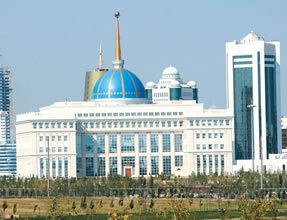 In Kazakhstan, the appointment of our own representative in one of the world's leading energy corporations has not only be called a sign of trust, but an indicator of the high value placed on Kazakhstani management. The independent director has a special role in the corporate management system. The shareholders are highly interested in his complete independence from other officials in the company, as well as in high competence, professionalism and objectivity. In this regard, the addition of Mr. Kulibayev to Gazprom's board of directors is logical from a management viewpoint. Dzhambulat Sarsenov, the general director of KazEnergy association said, 'The relationship between Kazakhstan and Russia in the gas industry has always been built on the basis of mutually beneficial parity. "And now, with the appointment of Timur Kulibayev this relationship will reach new levels. I feel that Gazprom expects Mr. Kulibayev to bring fresh eyes to the inner corporate processes, on the basis of his professional experience and true independence. He won't find it difficult to be understood by the other managers of the gas giant, considering his prior experience in active and fruitful work with Gazprom," commented Mr. Sarsenov on the appointment of the director of Samruk-Kazyna.