Subsoil and Subsoil Use Legislation: History and New Concept

For instance, it is proposed to introduce the principle of presumption of bona fide use of subsoil and its resources, which should be understood as a presumption that the subsoil user is using subsoil in good faith, until and unless otherwise proven by governmental agencies.

It looks that this principle, though not expressly provided for by the current legislation, is in fact effective.  Probably, given the level of industry overregulation and the great number of obligations and requirements imposed on subsoil users, the effect of this principle is not always traceable in practice, or it is being violated. 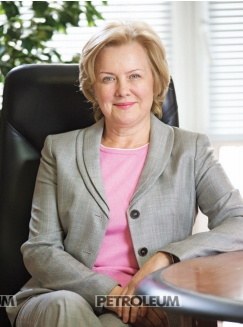 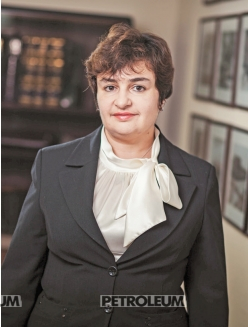 It is supposed that introduction of this principle with the above responsibilities of governmental agencies will ensure a much greater degree of subsoil use transparency as compared with the currently effective principle of transparency, which is narrower in its content.

Besides, granting access to geological information will permit investors, including junior companies, which are so welcome on the market today, to make a preliminary investment decision regarding the prospects of investing in Kazakhstan's subsoil use industry based on the analysis of such available information.

It should be mentioned that simply securing in the Code the transparency principle would not resolve the issue of geological information accessibility, and it will be required to accordingly amend other norms regulating this matter, which is also mentioned by the Concept developers.

Changing the methods and approaches in the state administration of subsoil use.  The Concept developers propose to exhaustively set out the powers and duties of governmental agencies performing regulation in the subsoil use area, which would maximally eliminate the possibility of the law being applied at the discretion of a governmental official.  The proposal is alluring, but it is not quite clear what mechanisms can help achieve this goal.

It is planned to utilize the so-called method of "index-based regulation" using which the state control in subsoil use area will not have to be focusing on subsoil user's performance or failure to perform certain actions, but will focus on subsoil user's attainment of certain results.

Using this method, the subsoil user will be able to independently decide in which manner exactly to conduct its activities and which of the recognized technologies, techniques and methods to use in order to attain the established indices, without the state's superfluous approvals, consents and instructions.  It is specifically mentioned that all this will be possible subject to complying with environmental statutory requirements and industrial safety rules and ensuring the rational and efficient use of subsoil.

It is expected that application of the proposed method will mitigate the currently existing risk of contract termination for any committed violation, because the state will be controlling only the final result. 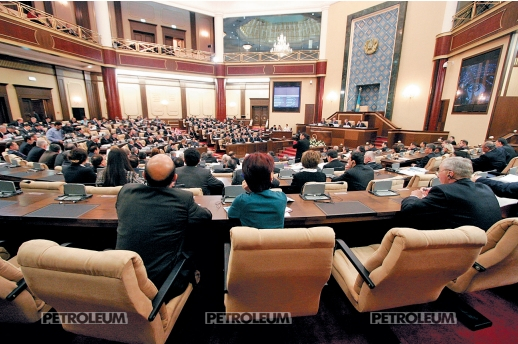 Our practice comprises a very demonstrative case, where a subsoil user conducting activities based on a contract for combined exploration and production, having obtained approval of the reserves, production work program and other necessary documents, received, on the date of signing the last documents required to transfer to the stage of production, a competent authority's notice of contract termination in connection with failure to fulfill the financial obligations and the scope of exploration work.  The subsoil user managed to defend the contract with great difficulty, already at the level of the RK Supreme Court.  The competent authority did not take into consideration the argument that additional expenditures and work would be uneconomical, given that the aim of exploration had been successfully achieved without incurring further unjustified costs.

Hopefully, the proposed method of administration, specifically aimed, in our view, at achieving the economic results, will be duly reflected in the Code, and the norms establishing the relevant regulatory requirements will ensure the possibility of its use.

Stabilization of subsoil use conditionsis presented as a separate Concept's provision and named as a measure making it possible to restore investors' trust in Kazakhstan.

Obviously, subsoil use is a capital-intensive industry, requiring significant (often huge) and most often long-term investments.  In view of that, it is extremely important for the investor to understand what conditions his activities will be conducted in and whether these conditions will remain stable.

In our opinion, stability in subsoil use can be viewed from the two aspects: a) as minimization of the number of amendments introduced into the basic legislative acts governing relations in the subsoil use area, and b) in the establishment of a guarantee not to apply legislation aggravating subsoil user's position to contracts entered into prior to such legislation enactment.

The Concept suggests that both these aspects should be taken into account when drafting the Code.

We have mentioned above the need to minimize as much as practicable amendments to subsoil legislation by way of adopting specifically the Code, not another subsoil law.

As to the guarantees of stabilization of subsoil legal regime, including tax regime, in respect of particular contracts, this is a very complicated issue causing the fiercest debate over the past ten or more years, therefore, we will dwell on this in more detail.

Originally, Kazakhstan was providing investors with broad guarantees of contract regime stability, including tax regime stabilization guarantee.  The Law on Subsoil and Subsoil Use of 27 January 1996 (its first version) set forth that"Subsoil user shall be guaranteed protection or its rights according to legislation.  Amendments to legislation aggravating Subsoil User's position shall not apply to Licenses and Contracts issued and entered into prior to such amendments" (Article 71).

Currently, the 2010 Subsoil Law sets forth that "amendments to legislation which deteriorate the results of subsoil user's entrepreneurial activities under contracts shall not apply to contracts entered into prior to the introduction of such amendments.  The guarantees established by this Article shall not apply to changes in the Republic of Kazakhstan's legislation in the area of ensuring national security and defense capacity, and in the areas of environmental safety, healthcare, taxation and customs regulation" (Article 30).

That is, the currently established guarantee applies not in case of any aggravation of subsoil user's position, but only in cases of deterioration of the results of subsoil user's entrepreneurial activities.  But even such curtailed guarantee contains exemptions relating to legislative amendments in the field of national security and a number of other areas. 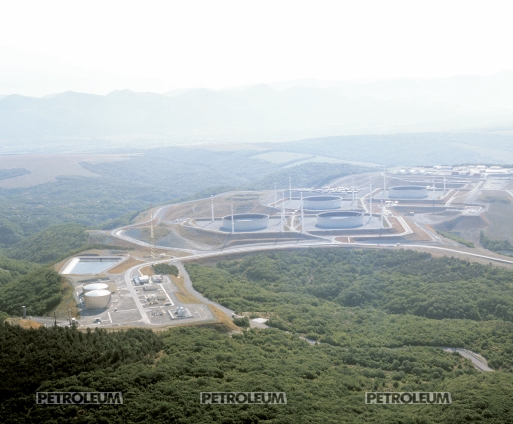 It should be mentioned that the "elastic language" – such as "ensuring national security" or "environmental safety area" – allows covering thereby practically everything and extending over the previously concluded contracts any new regulations jeopardizing the interests of investors, especially, however paradoxical this may be, large investors.

In our view, the most illustrative example are the norms of the current Subsoil Law regarding changes to be made in the terms and conditions of contracts (including those previously concluded) for subsoil use at fields/deposits and subsoil sections of strategic importance upon the competent authority's, i. e., actually the state's, unilateral demand.  In order to substantiate such actions, the legislator is widely using such language as the "RK economic interests" and "threat to national security."

We have always wanted to know how can one, without violating the contract terms, work program, project documents, etc., carry out subsoil use in such a way as to pose threat to the national security?  And what should specifically be understood as the "RK economic interests" in this context?

If the subsoil user refuses to make the suggested amendments, or the parties cannot come to agreement, the competent authority has the right to terminate the contract.  By the way, in case of the above mysterious situation with a violation of the Republic's economic interests posing threat to its national security, and provided a relevant Government resolution is in place, the competent authority may terminate the contract even without suggesting its amendment, merely by a 2 month prior notice to the subsoil user.

We do not review in this article the issues of environmental and tax legislation, therefore, we do not dwell on the facts of how, on the pretext of protecting environmental safety, subsoil user is imposed threefold property liability for one violation, such draconian penalties requiring no proof of occurrence of actual damage.  This is a subject of a separate article and has been addressed more than once by us and other lawyers.

The result is: legislator's almost complete refusal to guarantee the stability of previously issued licenses and concluded contracts, inclusion into the legislation of provisions fraught with risks to lose all investments and making such provisions cover the previously concluded contracts have undermined investors' trust in Kazakhstan.  Restoration of the trust will largely depend on the state's readiness to once again provide to investors the guarantees of stability (including tax regime stabilization guarantees, especially in respect of production contracts) and ensure this regime preservation.  This will require not only legislative declarations of the contract legal stabilization regime, but also their correct and expanded reflection in the Code.

We are not calling to reject all exemptions from the stabilization regime in subsoil use, but the language used to describe such exemptions must be clear and understandable, expressly delimiting the scope of their application.