Following the general legislative trend towards improving the investment climate and creating favorable regulatory background for foreign businessmen, the licensing legislation has also been changing over the past several years. For instance, on 16 May 2014 Kazakhstan adopted its Law "On Permits and Notifications" (hereinafter, the Permit Law or the Law), putting it into effect starting 20 November 2014. The primary purport of the Law was to harmonize and systematize the regulatory requirements governing the licensing, permit issuance and notification procedures and to streamline the licensing procedure, including for foreign businessmen willing to engage in the licensed types of activities in the territory of Kazakhstan1. 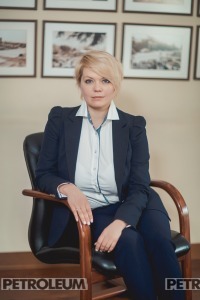 Let us further look into the Law regulations improving the position of foreign residents and check the possibility of their practical implementation.

Possibility to Conduct Licensed Activities without "Legal Presence" in Kazakhstan

Foreign companies often render one-time services to Kazakh subsoil users and do not need to be permanently present in the Kazakhstan territory. The Law provisions on permits allowing foreign residents to conduct the licensed activities without the necessity to set up a branch or a local legal entity significantly simplify business, not only for such foreign residents, but also for Kazakh subsoil users who are entitled to freely choose subcontractors, both residents and nonresidents of Kazakhstan, to render or perform the licensed services and work.

The previously effective Law "On Licensing" of 11 January 2007 (hereinafter, the 2007 Law) provided for a possibility to issue licenses to foreign residents (Article 9) and set out a principle of license issuance on equal grounds and equal terms for all persons (Article 4). However, the accompanying license-issuance terms, qualification requirements to potential licensees and the formed practice gave no legal and practical opportunities to obtain a license, including for the activities in the subsoil use area, without a Kazakh legal entity. This meant that it was necessary to set up a Kazakh legal entity, or organize activities via the already existing Kazakh legal entity, or open a branch or a representative office of the foreign legal entity in the territory of Kazakhstan.

In particular, pursuant to the 2007 Law, licenses were issued at the place of registration of an individual or a legal entity in cases where licenses were to be issued by local executive authorities or territorial bodies of the central authorized agency (Article 42), which made it impossible to obtain a license without registering a branch (representative office) or subsidiary in the RK territory.

Before the Permit Law adoption, the impossibility to effect payment of the mandatory licensing fee without being legally present in the territory of Kazakhstan was one of the key obstacles for foreign residents to obtain the license in practice.

Despite the fact that the Tax Code even now contains a general rule according to which the licensing fee is to be paid to the state budget at the place of the licensee location, the latest regulatory amendments entitle foreign residents to make the payment using their business identification number without the need to be mandatorily present in the Kazakhstan territory. In this case, having a branch or representative office is not requisite (Article 27 of the Law).

Notwithstanding the fairly flexible licensing regulations, in practice, foreign companies are encountering difficulties when conducting the licensed activities without setting up a branch or a Kazakh subsidiary.