Will IPO of NC KMG be a Success?

Alikhan Baidussenov, Managing Partner, CSI
Alexander Gladyshev, Partner, CSI Media
National Company KazMunayGas (NC KMG) is expected to launch an IPO in 2020. Will this IPO be a success? To answer this question, we first need to agree on how to define success. In doing so it is important to take time and consider a broader range of issues beyond the financial metrics of the shares placement. 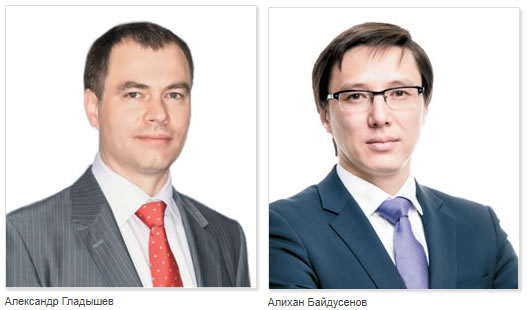 A potential listing and offering of NC KMG shares on the stock market has been under consideration for a few years. Officially, no formal IPO decision has been made yet. Nevertheless, the readiness of NC KMG for the IPO was discussed at a meeting of the president of Kazakhstan Kasym-Zhomart Tokayev and Alik Aidarbayev, the CEO of the National Company in May 2019. This is one indication that the IPO in 2020 can be viewed as a so-called base case scenario.
The potential IPO of NC KMG would be an extremely important event for Kazakhstan. Firstly, KMG is the largest asset in the governmental privatization program. NC KMG group is estimated to generate about 5% of the country's GDP. Furthermore, the group is responsible for a large share of export revenues and tax receipts while being a large employer as well as a buyer of goods and services for many Kazakh companies.
Secondly, NC KMG represents the strategic resources sector which plays a crucial role in the Kazakh economy. For this reason, IPOs and any other developments that improve transparency and accountability in this sector boost the attractiveness of the broader economy.
Thirdly, given its size and position in the strategic oil sector NC KMG shares are destined to become a "blue chip" of the local stock market, contributing to its development and thereby attracting investors to all sectors of the Kazakh economy, in particular via the recently created AIFC financial hub.
Besides, as the first large privatization deal after the 2019 presidential elections, NC KMG IPO would become one of the indicators of confidence of international financial markets in the Kazakh political system, its ability to maintain stability, predictability and market friendliness in the process of so-called transit of power.
Given such importance of the upcoming public offering, the NC KMG team will undoubtedly do its best so that the IPO can be confidently called a success. The more important is then to consider what should be viewed as a successful IPO.
Evaluation of IPO results can be done in different ways leading to starkly different conclusions. Take the IPO of the Brazilian national oil company, Petrobras, in September 2010 as an example. The deal amounted to a record $70 billion which translated into the entire company valuation of $200 billion, the fourth biggest in the world at the time. Shares of various types were placed domestically and on the New York stock exchange, the most prestigious and demanding stock market in the world. Furthermore, investors accepted high valuation per barrel of reserves of the Brazilian company. Petrobras confidently took its place among global oil and gas leaders. Why not an example of a successful IPO, it would seem?