Khazar and Kalamkas-Sea Could not Stand the Competition

The Ministry of Energy of Kazakhstan is developing a roadmap for the Khazar and Kalamkas-Sea projects after the withdrawal of investors – the Consortium of North Caspian Operating Company (NCOC) and Shell. This was reported in early November by the press-service of the Ministry of Energy of the Republic of Kazakhstan.  "On the Khazar and Kalamkas-Sea projects it was decided to return the territories to the country, the Ministry is working out the roadmap on further implementation of projects", – commented the situation the Head a press-services of the Ministry Nurlybek Zhenisbek. It can be stated that two projects in the Kazakhstani sector of the Caspian Sea did not withstand global competition for investment.

The Kalamkas-Sea field is part of the contract territory of the North Caspian Production Sharing Agreement signed by Kazakhstan with the shareholders of the North Caspian Consortium (NCOC), and is located near the giant Kashagan field. Kashagan has already reached the stage of commercial production, and a few years ago, the shareholders of the Consortium began preparations for the development of Kalamkas-Sea. According to estimates, the geological reserves of the field are about 150 mln tons of oil and 15 bln cubic meters of gas, and this, of course, is not such a mega-project as Kashagan.

In early September of this year, NCOC Managing Director Richard Howe, speaking at an extended meeting on the development of the oil and gas industry, held with the participation of the President of Kazakhstan Kassym-Jomart Tokayev in Atyrau, said that the operator of the Consortium is preparing for the development of Kalamkas-Sea.

"The preferred concept is joint development with CMOC's neighboring Khazar field in the Zhemchuzhina block," – Mr. Howe explained at the time. According to him, this can maximize the profitability of both projects and will ensure profitability at both the construction and operation stages. The head of the consortium said that the recoverable reserves of the two fields are 80 mln tons of oil. "The plan of joint development of the field will be presented in the next quarter. If the Ministry of Energy will approve it, at the beginning of next year we will start designing" – Richard Howe promised. 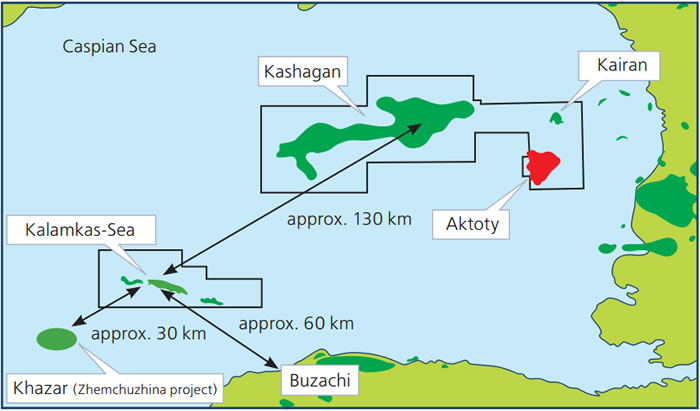 A month later, on October 21, PSA LLP, which oversees all contracts on the production sharing model on behalf of the government of Kazakhstan, reported that NCOC, whose shareholders are KazMunayGas (16.88% of shares), Shell, ExxonMobil, Total and Italian Eni (16.81% each), as well as Chinese CNPC (8.33%) and Japanese Inpex (7.56%), announced the cancelation of plans to develop the Kalamkas-Sea field. At the same time, Shell also notified the authorities of Kazakhstan about the withdrawal from the Khazar field development project, in which it owns 55% of the shares. The decision, according to investors, was due to the low profitability of these projects against the background of high capital costs. As the Chairman of Royal Dutch Shell in Kazakhstan Olivier Lazare said: "I can not name the exact amount of money we spent on the project of development of the Khazar field, but it is estimated in the hundreds of millions of dollars. Unfortunately, Khazar was not competitive in our portfolio of projects, which is why we made such a difficult decision."

The Khazar structure is part of the contract territory of the Zhemchuzhina project, which is implemented by Caspi Meruerty Operating Company (CMOC) on PSA terms. In addition to Shell (55%), its shareholders are KazMunayGas (25%) and Oman Oil Company (20%).

Commenting on the withdrawal of investors from two offshore projects at once, the Ministry of Energy noted that "in the near future, the procedure for the return of subsoil use rights for the Kalamkas-Sea field to the ownership of the State should be started. Upon completion of this process, the country may consider attracting other investors to the project. The new contracts will be based on current tax laws rather than the terms of a production sharing agreement. From an economic point of view, this is a plus for Kazakhstan. In the case of an official notification of withdrawal from the Khazar field from all project participants, a similar procedure of return to State ownership will be made in respect of this block. At the same time, the project costs incurred by the current shareholders are non-refundable. Shell has currently invested about $900 mln in the implementation of the Khazar project in the form of geological exploration and seismic work, drilling of appraisal wells, and all this will be transferred to the country at no cost," – the Ministry of Energy noted. 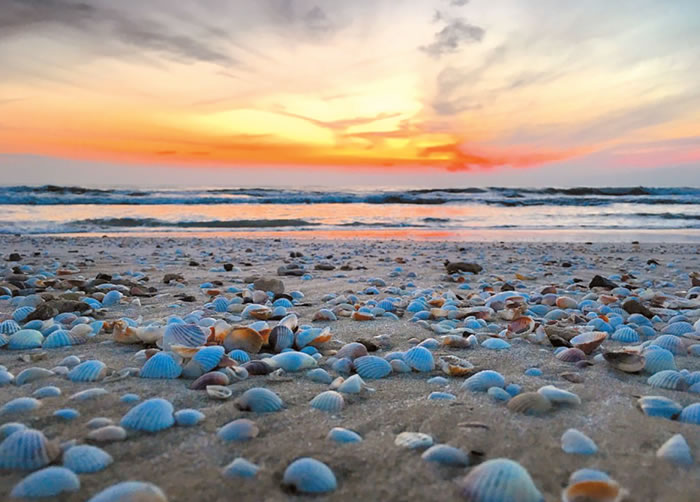