“Tengizchevroil is the most successful long-term project in our country.

Tengizchevroil’s (TCO) NGO partners under the company’s Community Investment Program (CIP), presented summaries of their 2017 performance at a Town Hall meeting held under the slogan of: “Building a Future Together”

Iteca Promocodes: your free entry to all expo-events of the company - it is easy and quick.

Baku, Azerbaijan - (1st November 2017)SPE’s Annual Caspian Technical Conference and Exhibition (CTCE) was opened by the 2018 SPE President, Darcy Spady, in Baku, Azerbaijan today having returned to the capital for the 2nd time.

Astana
On September 7-8, 2017, Astana will host the main international event of the energy sector in the region - the 11th KAZENERGY Eurasian Forum: Securing the Future of Energy.

Appointment of Olivier Lazare as Country Chair of Shell Kazakhstan 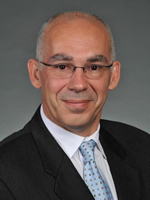 Shell Kazakhstan announces the appointment of Olivier Lazare as Country Chair of Shell in Kazakhstan with effect from September 1, 2017. In his role, Mr Lazare is responsible for the overall performance of the company in the Republic of Kazakhstan.

A roundtable discussion on Talents Development for Future Energy is organized by Total within the frame of the International Exhibition “Astana Expo-2017”. The event will take place on Friday August 25th, 2017 at 9:30 in the conference room of the French Pavilion at Astana Expo site.

Extension of the term of office of Jambulat Sarsenov holding the position of the Special representative of the Energy Charter Secretary General.

Deputy Chairman of KAZENERGY Association Jambulat Sarsenov was reassigned Special representative of Urban Rusnak, Secretary General of the Energy Charter. The relevant resolution to extend with the established term of 2 years has entered into force in June this year.

Jambulat Sarsenov, who represents Kazakhstan and who has replaced his predecessor – Chairman of Petrochina Zhou Jiping, is elected Vice President for Marketing and the Member of the Executive Committee of the World Petroleum Council (WPC).

Time to double efforts to make sure clean energy available for all, says UN at Expo 2017

Global markets ready, technology beginning to be widely available to make the transition
Astana, 13 June 2017 – The United Nations today called governments, businesses, and cities to increase their efforts to accelerate the transition towards clean energy as the EXPO 2017 on “Future Energy” kicked off in a spectacular show.